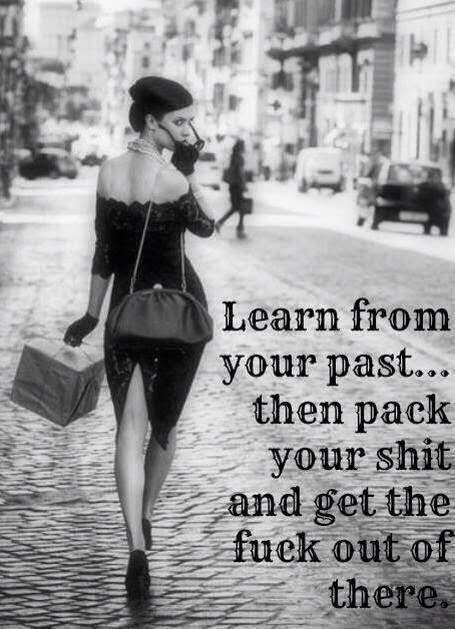 Well this weekend was a freaking doozy!!!

It’s like the past came up and bit me in the ass.  Totally not worth my time but trying to remain classy gets hard when you want to scream so bad but instead decide to take the high road.  So I’ve decided to let it out here and let you into my personal life a little bit.  Then I can be done with it.


Not all true but this song is pretty appropriate for this post… plus I’m going to Miley tomorrow and love this song! “I don’t really have much to say. I was over it the second I saw her name… I got 2 letters for you.. one of them’s F and the other one’s U! SMH”

My ex “the cheater” has been contacting me left and right. Stoping by my house, saying he found things of mine to “drop off” etc. just last week!  I mean reading me letters crying waiting outside my door when I would get home with my date.  The list goes on…

So I met up with him for a drink recently to hear him out and he kissed me but still wasn’t making sense about “us”.   He complained that he thinks he’s going to be alone forever and he’ll never find the right one and wishes things were different.  I’d like to think I can remain friends with my ex’s and keep things civil but the next day he sends me the meanest messages.  I just try to either ignore him or keep it short and civil.  He’s not my problem anymore.

Clearly him confessing his love to me and saying he’ll always be there for me was complete bullshit.  A few weeks have passed and a friend sends me a picture message.  Guess what. It’s a picture of him and one of the girls he cheated on me with…they’re dating…and HAVE been for months.  Not just since the pic went up in December but since I threw him out of my house (probably even before that) since she was texting and calling me telling me nothing was going on.  You can see now how they are both bad people.  So dishonest.

I was feeling bad for him… but then you know what I realized… the whole time he’s been reaching out to me he’s been seeing her.  So faque that!

Man, cheaters NEVER change!  Now he wants me to be one of the other women? haha HELL NO!  Clearly he’s still up to the same old shit just a different girl he’s cheating on now.  He must be so lonely on the inside.

I want nothing to do with that.

She’s the one that tried to steam roll herself into our lives when we were dating and kept telling him not to try to get back together with me when we went on a brake.  They worked out at the same Crossfit and she was his chiropractor.  Obvi zero morals.  Can’t trust anyone these days.  She’s a home wrecker but he’s a cheater anyways so they deserve each other.  Their relationship should be so much fun since they are both so trustworthy.

He’s officially been blocked from contacting me (which I just learned you can do and wish I would have known sooner)!

So that felt good to get out!  Moving forward feels great.

Here’s my closure, he is in the past for a reason and needs to stay there!  I don’t regret any of the decisions I’ve made because they are all life lessons and for that I am grateful.  Plus at some point he was exactly what I needed and wanted.  That point has just passed and he doesn’t fit into my present or future.

Vent sesh over. Ady out.

Hopefully my lady followers will understand.  Feel free to share your thoughts, advice, similar situations, anything you want!

Written By
More from
It had been 11 years this fall since I’d last visited New...
Read More