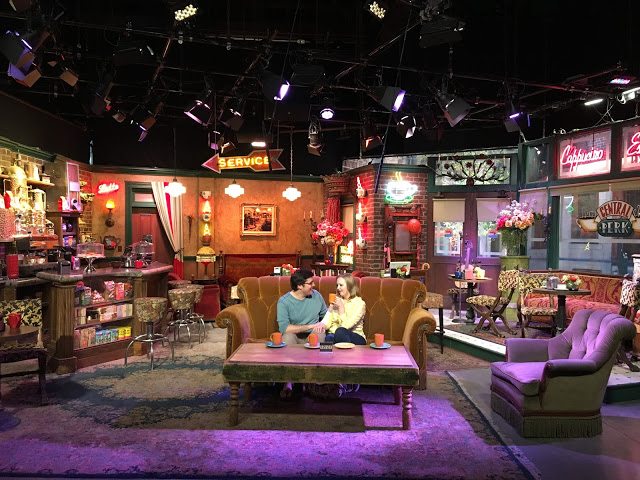 What it’s like to attend a live taping and be apart of the studio audience!

Ever wonder what it’s like to be in the studio audience of a taping?  Not quite sure what that means?  To get a bit technical briefly, the biggest difference is Friends was a multi-camera comedy and Modern Family is a single camera comedy.  This means that Friends was shot in front of a studio audience and had a laugh track.  If you listen closely while watching the show, you can hear the audience laughing throughout each episode.  Those are real people laughing.  Modern Family is a single-camera comedy, which means it has no laugh track and is not shot in front of an audience.  It also means that Modern Family has more freedom to shoot on location, outside the studio lot.  While Friends was restricted to shoot on their sound stage so it could be in front of their audience.  In April I went back to LA and took a WB studio tour (highly recommend) and was told that the cast of Friends only left the lot 4 times throughout the series. 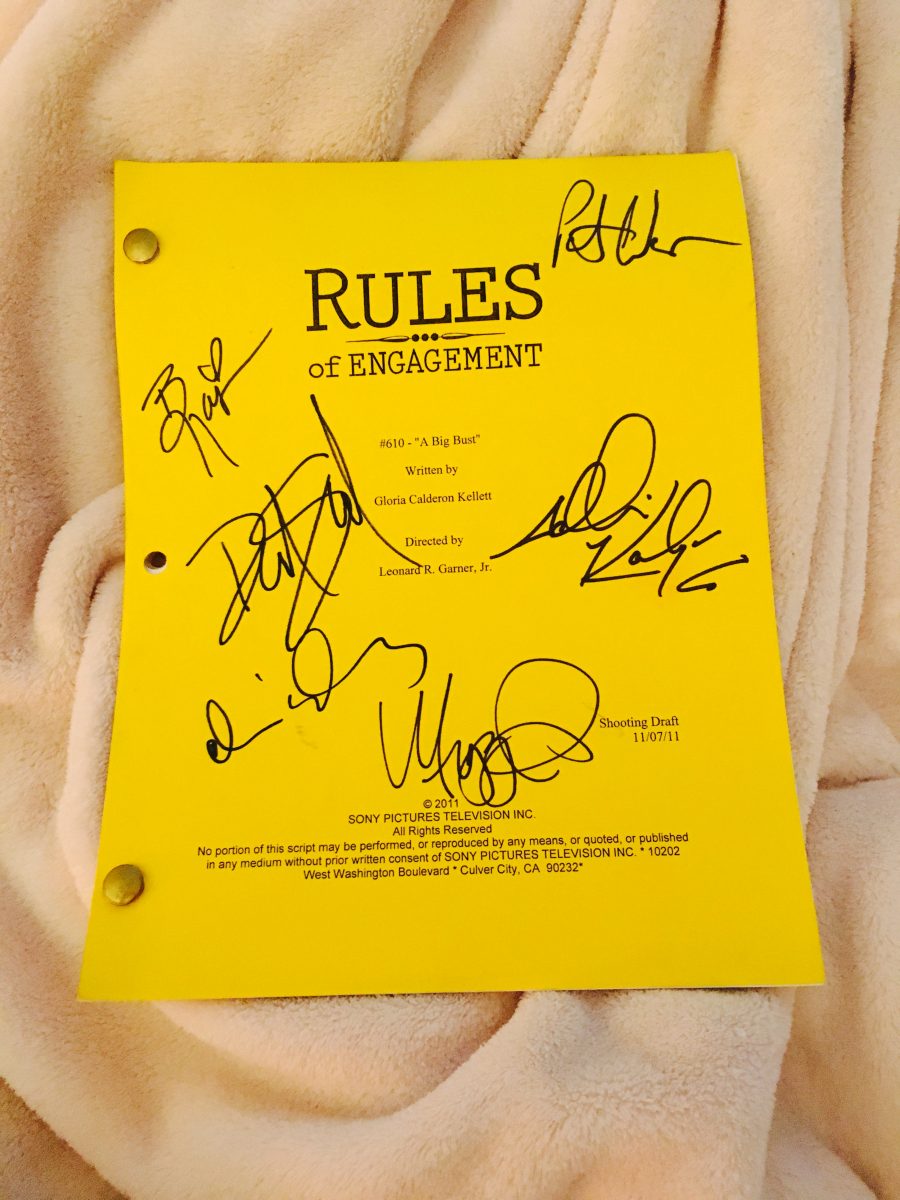 While living in LA, my professor arranged for us to attend a live taping of Rules of Engagement.  There wasn’t any photography allowed, or else I would love to show you some pictures of what it is like! Each set is next to each other on the sound stage floor so the camera could zip between sets.  With the audience is in stadium seating, we were able to see all the sets.  Plus, there was a big screen in front of us so we could see the actors up close.  If we didn’t laugh as an audience at a joke, the writers would change the joke to make it funnier and then they would shoot the scene again.

On breaks in between scenes, there was a comedian to entertain the audience.  He also gave prizes out during those breaks. During his down time, I talked to him and told him I wanted to be a comedy writer and told him I desperately wanted the autographed copy of the script.  Luckily, he gave it to me and I cherish it to this day. It is such a treasure for me to have a real script signed by the writers (or are the signatures the cast? Like I can actually make out those signatures)!

The shooting can be anywhere from 2 hours (looking at you Big Bang Theory.  They crank out their filming in 2 hours because they have been doing it for so long) to 10 hours.  They feed you dinner, like sandwiches or pizza, and do their best to distract you from how long you have been there.  If you try to leave before the taping is over, I really don’t think they will stop you, but they really want the audience to stay for the entirety of the taping.  At the end they like to get feedback on what is working and what isn’t.

I love attending live tapings. Next week when my husband and I go to NYC we are going to the taping of The Late Night With Seth Meyers!  I can’t believe we actually got tickets!  As Seth Meyers is a talk show, I am very curious to see how it will be different than the taping of Rules of Engagement.

To get to know a little about me, I am an aspiring comedy writer who lived in Los Angeles for a semester my senior year of college and interned at two production companies.  You can read about what it is really like to be an intern in LA and also read about the time I accidentally stole a producer’s credit card!  I love television,  and spend a lot of time writing about it, like listing the best new fall tv shows to watch and writing my own sitcom scripts.

Thanks for letting me stop by today!  It was so much fun joining the #VGBsquad and being a guest on the blog! This is one of my favorite blogs and I feel so honored to guest post! Follow me on Snapchat, Instagram, Bloglovin, Facebook, Pinterest, Twitter or of course, my blog!

Written By
Lauren Packer
More from Lauren Packer
What it’s like to attend a live taping and be apart of...
Read More