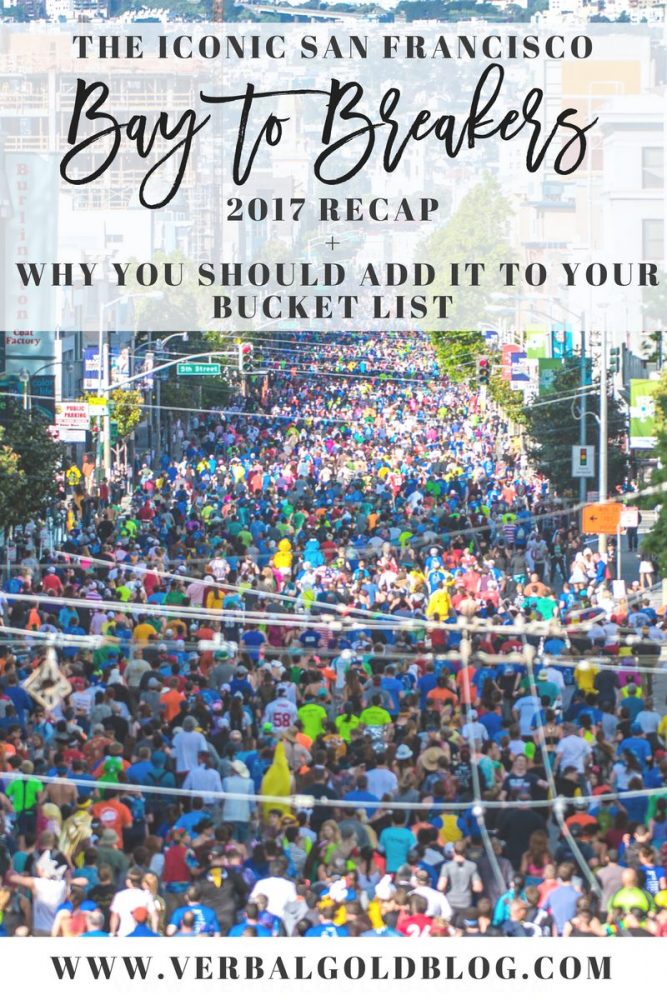 Bay to Breakers was even named by Outside Magazine as the second most iconic race in the nation! It was named in the top 10 alongside the Peachtree Road Race, an Atlanta race where I live, but B2B is different. SO different. There is nothing like it in the world, just like there is nowhere quite like the city of San Francisco. I’m obsessed.

Here’s everything you need to know about Bay to Breakers and why you should add it to your bucket list NOW!

What is Bay to Breakers?

When I tell people about Bay to Breakers everyone always asks what exactly it is and I have so much fun trying to explain this crazy event. Basically, it’s a costume 12k that’s run through the city with the entire city of San Francisco cheering you on. Regardless of how you participate, everyone does Bay to Breakers! Thats why I love it so much.  You get to feel a part of something so much bigger! It’s like a holiday in SF.  They even close the roads from 8-1pm!  It’s truly a celebration of San Francisco.

To give you the Bay to Breakers definition, “San Francisco’s Alaska Airlines Bay to Breakers is one of the oldest consecutively run annual footraces in the world, and has been a staple to the City by the Bay since May 1912. With a starting point near the San Francisco Bay, a few blocks from The Embarcadero, the 12k race runs west through the city and finishes at the Great Highway where breakers crash onto the Pacific Coast’s Ocean Beach. A quintessential San Francisco experience for 105 years, the race is interwoven into the fabric of the city and is a true reflection and celebration of life between the breaks and the Bay. The 2017 edition took place on Sunday, May 21.” Alaska Airlines Bay to Breakers is a race built by the people. Since 1912, Over 2 million costumed runners, walkers and centipedes have completed the iconic 12K journey from the San Francisco Bay to the breakers on Ocean Beach.

How Bay to Breakers Started

In true San Francisco fashion, the city looked for ways to boost morale and unite the city after the devastating earthquake and subsequent fire in 1906. With these plans in mind, Cross City Race (original name for Alaska Airlines Bay to Breakers) was born and first held on January 1, 1912 with 218 runners. Today, we are joined by more than 50,000 spirited participants. From the colorful costumes – to the World Centipede Championships – to the “upstream swimming salmon,” Alaska Airlines Bay to Breakers encapsulates more than 105 years of rich history and quirky traditions. Here’s to the 106th year, and keeping our proud claim of being one of the longest consecutively run annual footraces in the world.

Behind This Years Theme

This years race was even more monumental than the last. It was the 106th consecutive year the race has been held and honored an iconic Bay Area event – the 50th anniversary of San Francisco’s “Summer of Love” movement. The Summer of Love was a social phenomenon that occurred during the summer of 1967, when as many as 100,000 people promoting peace and new ideas converged in San Francisco’s Haight-Ashbury neighborhood. In keeping with the 50th anniversary theme, all aspects of the race commemorated the Summer of Love. From the official runners’ T-shirt to the finisher medal and everything in between, the Alaska Airlines Bay to Breakers emulated the distinct identity of the 1960s that so many young people adopted during that era.

The race starts near the Embarcadero with everyone lining up, taking pictures with the Bay to Breakers pink gorilla mascot, and for some unknown reason, throwing tortillas in the air! Participants run up the iconic Hayes Street Hill, along the Panhandle and through Golden Gate Park, while the city of San Francisco cheers them on. People that live along the course are playing music, cheering out their windows, or having a sing a long. It’s epic and the best feeling in the world to be a part of it all! There was even a Gymboree tent I got to run under last year. The race finishes at the Great Highway along the Pacific Coast’s Ocean Beach where runners receive their finisher medal, and then are quickly greeted with food, drinks, and brand activations.  There’s a huge celebration that includes a beer garden, live music, and of course celebrating the winners of the race.

3 Reasons Why You Should Run Bay to Breakers

San Francisco is known for its festive and colorful style, and the Alaska Airlines Bay to Breakers certainly isn’t an exception.  In 1940, the first costumed runner showed up at the start line dressed as Captain Kidd. Even with his last place finish, he set the bar high for years to come. Dust off that Halloween costume sitting in the closet, and join in on the world’s biggest unofficial costume contest.

Fun fact, my costume storage container was probably filled with more clothes than my actual closet.  That’s how much San Francisco dresses up and I loved every minute of it!

2. Run through the heart of the City by the Bay

Whether you are a San Franciscan or first time visitor to the city, participating in the Alaska Airlines Bay to Breakers will deepen your love and appreciation for the city.

In need of some encouragement and motivation while making your way through the course? Well, you can rely on the 200,000 spectators that fill the streets to cheer on the participants. No other race offers the unique blend of athleticism, fun, frivolity and determination. This combination from registrants and spectators makes the Alaska Airlines Bay to Breakers an annual celebration of the human spirit, and the quintessential San Francisco experience.

Pictures From This Years Race 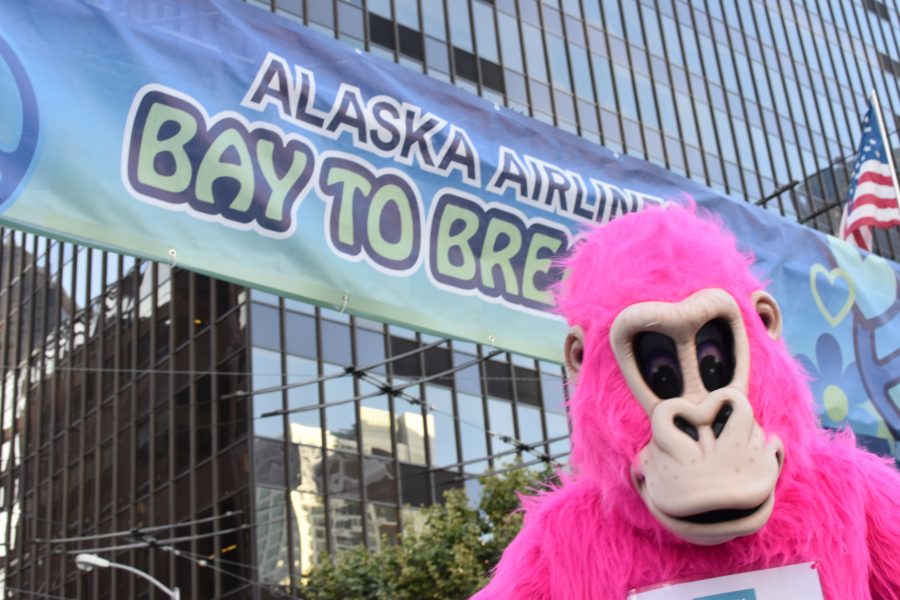 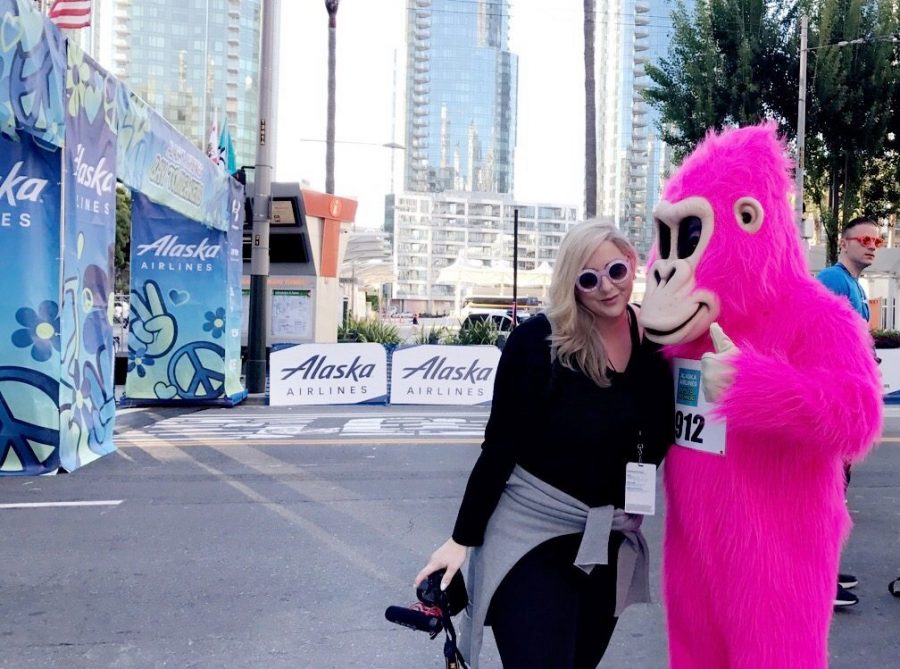 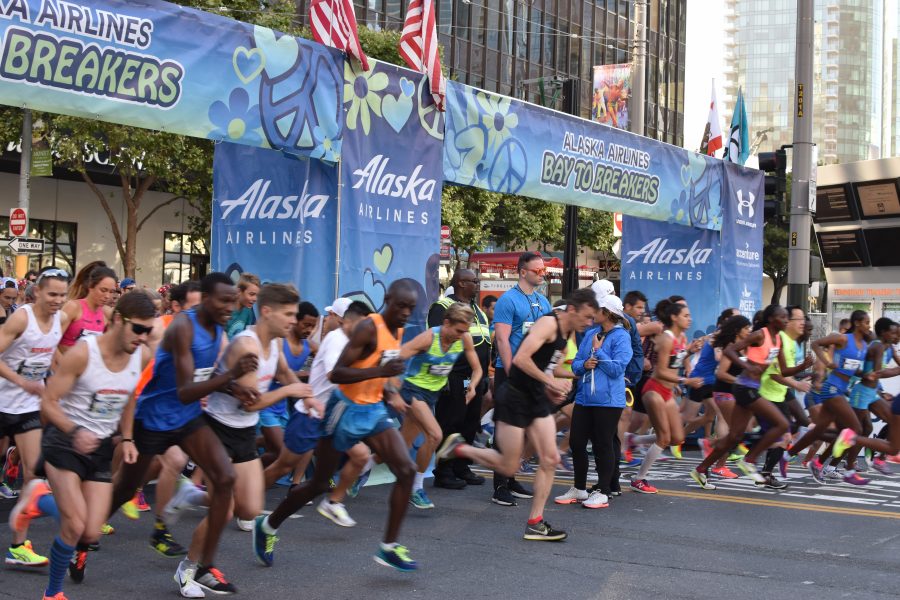 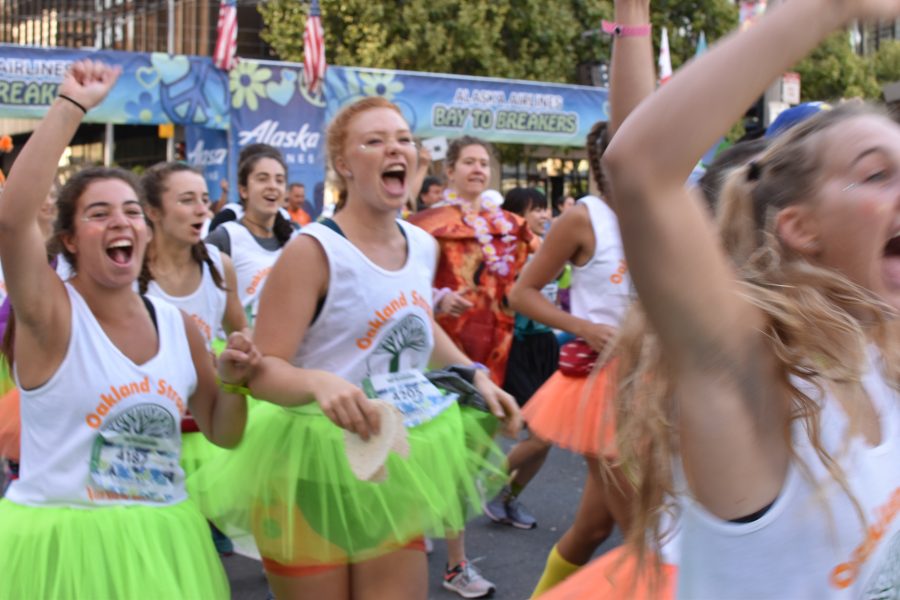 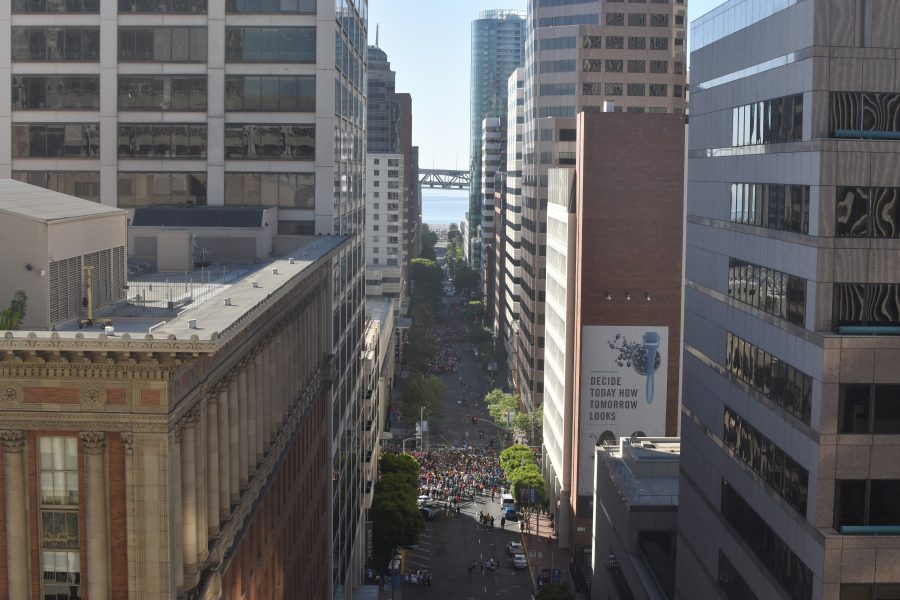 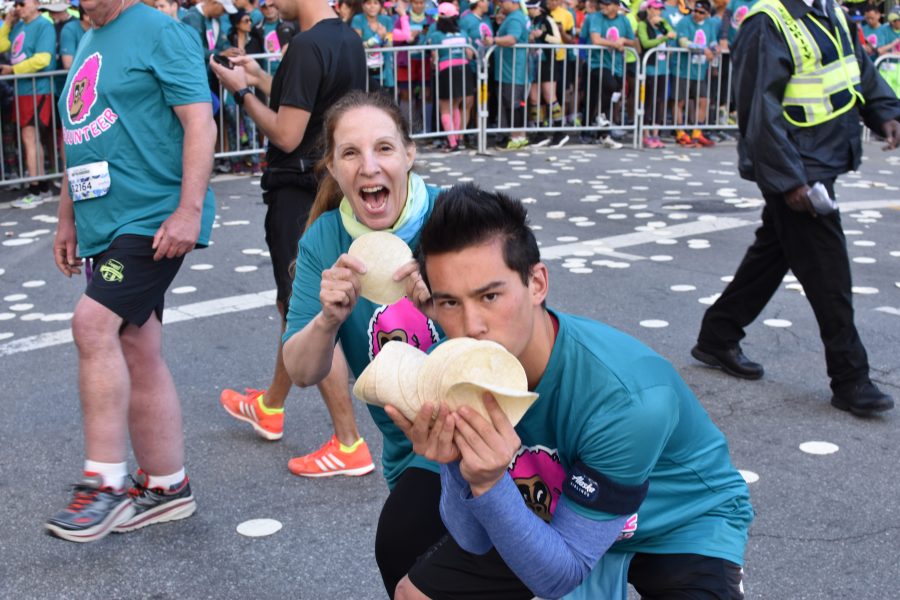 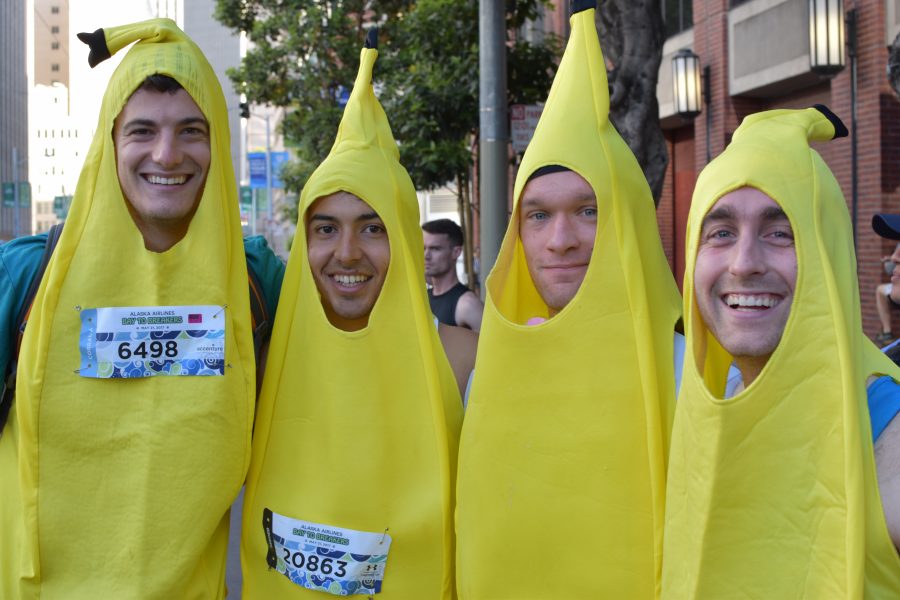 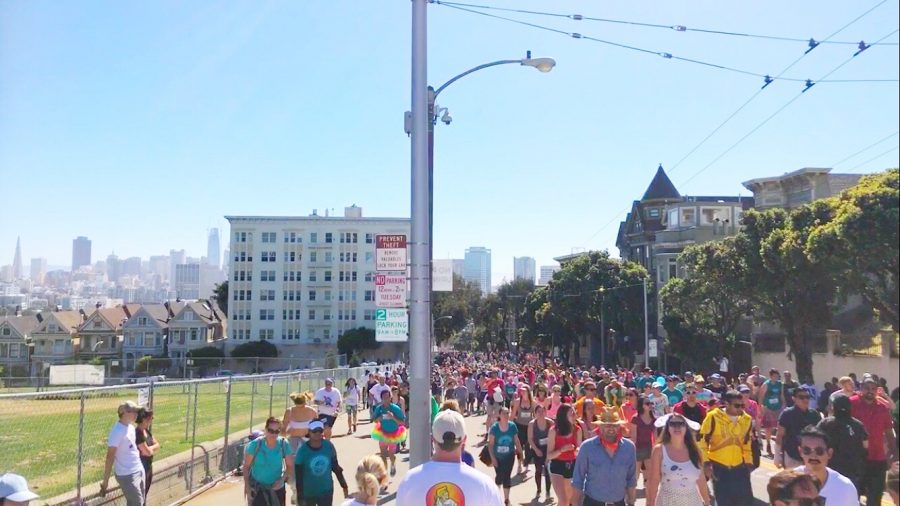 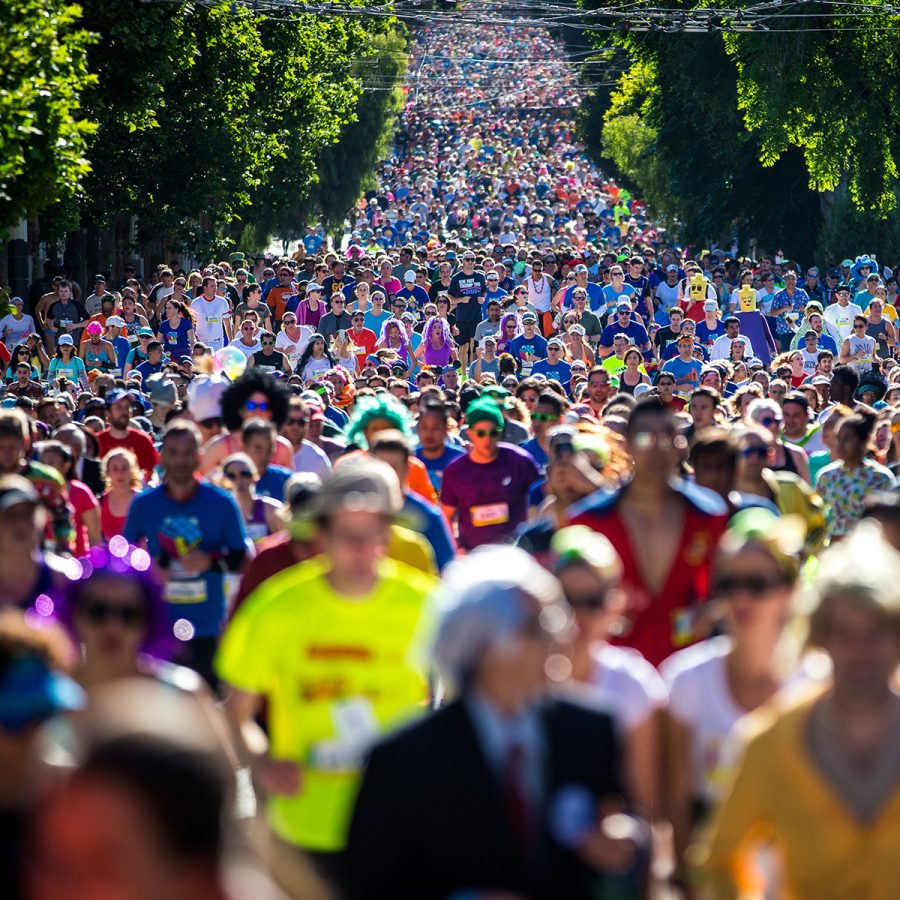 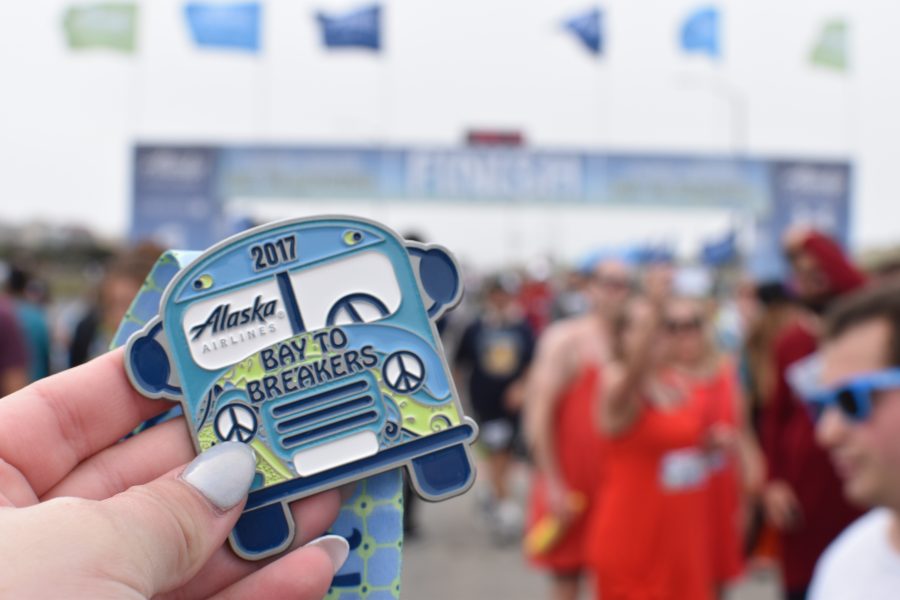 Hope to see you next year! Have awesome pics? Make sure to use our hashtag #VGBsquad on social and we might even feature you!

Start planning now and make sure to grab your tickets to Bay to Breakers 2018!

Read Next: 21 Things To Do In San Francisco

Written By
Ady
More from Ady
Happy Mothers Day to all the mamas out there!  Moms are known...
Read More