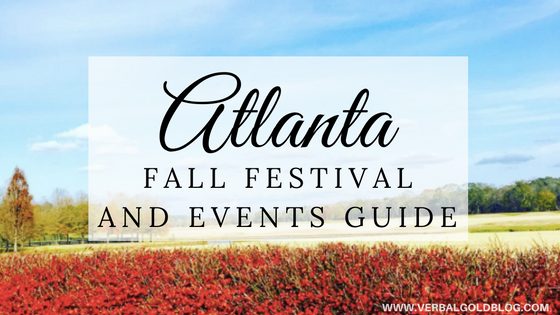 Atlanta is so pretty in the fall and we couldn’t be more excited for this season! There is so much to do in Atlanta we’ve put together a list of some of our favorite fall festivals and events!  What is your favorite fall activity?

Check out our list of events in and around Atlanta through October!

13 Stories Haunted House  has 6 terrifying attractions and a Hollywood level of detail.

Netherworld thrills and terrifies with stunt actors in intense makeup, movie-quality special effects, and detailed sets at a large house in Norcross.

This year, with the theme “TOGETHER, TEDxPeachtree is ambitiously setting our sights on examining the issues that keep us apart and ideas that bring us together. In the tradition of TEDx, 2016 TEDxPeachtree speakers will share their ideas worth spreading on topics from a.i. to biodiversity, city-building to a unique treatment for PTSD, and art to workplaces fit for humans.

A ticket to French Flick and Picnic Night includes a light French-style picnic at 6:30 p.m. and a silent French romantic comedy-drama (The Artist, PG-13, 2011) at 7:30 p.m. at Gate Museum, Atlantic Station.

November is a darkly humorous satire of our presidential election process, written by a Pulitzer Prize winner, at OnStage Atlanta. Discount tickets $12.

Bring a chair to watch 100 drivers compete in the Madison Avenue Soapbox Derby, with food vendors, a bake sale, a beer tent, and live music. Cars are judged at noon, and races are 1 to 3:15 p.m. on Madison Avenue at Johnston Place in Decatur. Free.

Atlanta Challenge is a Sunday event of teams running around the city to solve clues and win prizes. It ends at a restaurant with awards and a costume contest.

Woofstock Pets in the Park

See exhibits about science, creativity, innovation, and art, and meet the people of all ages who made them at the Maker Faire in downtown Decatur. Free.

Anime Weekend Atlanta has panels and workshops, games and videos, costume play, a dealer’s room, an art show, and a red-carpet ball at Cobb Galleria Centre.

Out On Film shows 80 gay films and videos at the Landmark Midtown Art Cinema.

The Pumpkin Class at Decatur Glassblowing includes safety instructions, a demonstration, and assistance making a pumpkin ornament to take home after it cools for 24 hours. Children 10 to 17 require a parent.

Enjoy pumpkin painting & trick-or-treating in daylight, but beware of scary ghosts, ghouls, and zombies at night during Fright Fest at Six Flags over Georgia in Austell.

Buy a wristband to taste chili (spicy, mild, chicken, beef, vegetarian) at Brookhaven Chili Cook Off. It has live music, a kids’ zone, and arts & crafts.

A ticket to Atlanta Mac and Cheese Festival includes five samples of mac & cheese from local restaurants, with music by local bands at Walker Park. No pets.

The highlight of the Atlanta Pride Festival for gays, lesbians, bisexuals, and transgender persons is the Pride Parade at noon on Sunday up Peachtree Street to Piedmont Park.

The Abduction from the Seraglio is a farcical, colorful romance in which heroes and heroines must outwit their captors at Cobb Energy Performing Arts Centre. Discount tickets $39 to $51.

See 300 vendors of food and handmade items, plus craft demonstrations, a parade, and an antique car show at Georgia Apple Festival in Ellijay. No pets.

Dracula: The Awakening (in Lawrenceville)

Creatures dance and perform acts of horror onstage and around you to music at 30-minute Dracula: The Awakening in Lawrenceville.

Hear the best ghost stories of the South on a lantern-lit walk at Antebellum Plantation during A Tour of Southern Ghosts at Stone Mountain Park.

Cocktails at the Aquarium – Sips Under the Sea

Adults can wander Georgia Aquarium enjoying live music, cocktails, and appetizers at Sips Under the Sea. See the evening’s theme listed on the website.

Try samples from 90 of Atlanta’s best restaurants, taste beer and wine, and watch celebrity-chef demos at Taste of Atlanta at Technology Square in Midtown. Discount tickets $20.

These are just some of the many events, activities, and festivals happening in and around Atlanta in the Fall! What’s your favorite fall activity? What are you excited about checking out?