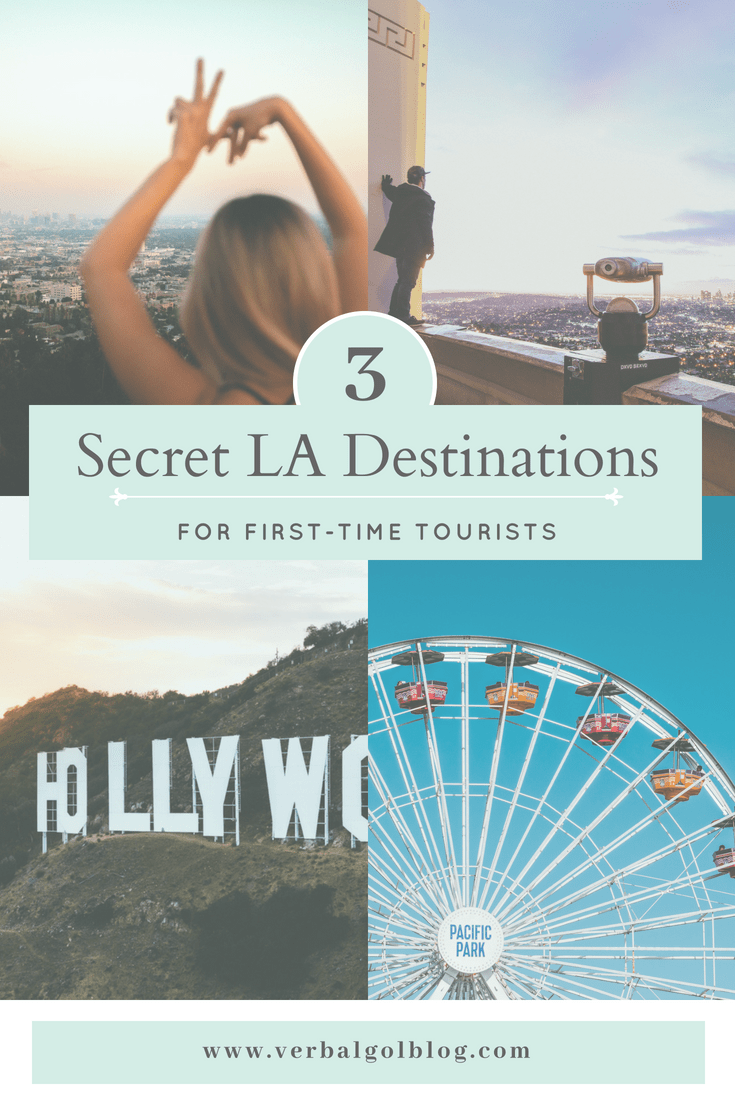 Headed to LA for the first time as a tourist?

Sure, you want to visit the Hollywood sign and stroll the Hollywood Walk of Fame. You’ll check out Universal Studios. A smile will cross your face, and you’ll take the photos you need to prove you saw the tourist sites — but what about really experiencing LA?

When you go home, what will you say about your experience? Lean in. Here are the three travel secret destinations you need to know as a first-timer to get the most out of your visit to LA and experience the city like a local does.

Wake up for your morning run at Echo Park, where a lake is filled with beautiful water lilies. Relax with a cup of Joe over at Square One at the Boathouse.

Then, head over to tour the interesting sites that made up the multifaceted life of Sister Aimee Semple McPherson, a historical figure and Evangelical priest who shifted the culture of religious service into theater. She was quite a character in the Jazz Age — she’d stand on a busy street corner on a chair and wait until folks gathered before she shouted, “Quick! Follow me!” leading them to church.

While Sister Aimee drove the beginnings of megachurch culture, she was also the first woman to drive across the country without a man in her company. Her life was also filled with many loves and scandal. Take in the parsonage and her carefully restored home as you learn all the juicy details.

Griffith Park remains a hidden gem among tourists, but the park provides a favorite local getaway far above bustling Hollywood. You get the shot of the Hollywood Sign and beautiful views of the city to take in among natural and historic scenery.

Griffith Park is named for Griffith J. Griffith. Yes, that was his real name, and he donated the mostly untouched 3,000 acres to the city before the turn of the 20th century. The park eventually grew to 4,300 acres, and today, Griffith Park is one of the biggest public parks in the country.

Griffith constructed an observatory and amphitheater on the land, and the observatory is still used for scientific and educational purposes. The observatory became an LA landmark after it opened to the public in 1935.

The observatory and park served as a backdrop for famous films too, including “The Rocketeer,” “The Terminator” and “La La Land.” Between 1912 and 1966, the park provided space for the Griffith Zoo, and the remnants still exist on the land for exploration. Get just enough tourism and plenty of unique, educational and beautiful experiences at Griffith Park during your visit to LA.

3. Dockweiler State Beach and its Bonfires

Fire pits at Dockweiler State Beach in the Marina del Rey area are reasonably spaced apart to keep your gathering private. You’ll find 60 pits north and south of the Imperial Highway and Vista del Mar intersection. Watch the sunset as you build your fire in the evening after a long ride down the beach’s bike path. The beach also hosts an RV park for campers.

On Saturdays, music lovers play their tunes while watching the planes fly overhead, and Sundays offer a much more private gathering time. The beach is known for its overall tranquility.

Refresh at the nearby shower station and restroom after making the most of your beach day, swimming, sunning, eating and enjoying the fire. Lean in toward the glow of the fire as you consider the unique, local gems you explored without feeling pushed around and like you wasted your time and money just to get a photo of the Hollywood sign.

Get great photos of the sign and scenery in Griffith Park after learning about the scandalous life of Sister Aimee and taking a run around Echo Park. Now that’s how you do LA!

How to stay healthy while you’re traveling + on the go!

Why I Impulse Vacation

What You Need to Know About Immigrating to Canada