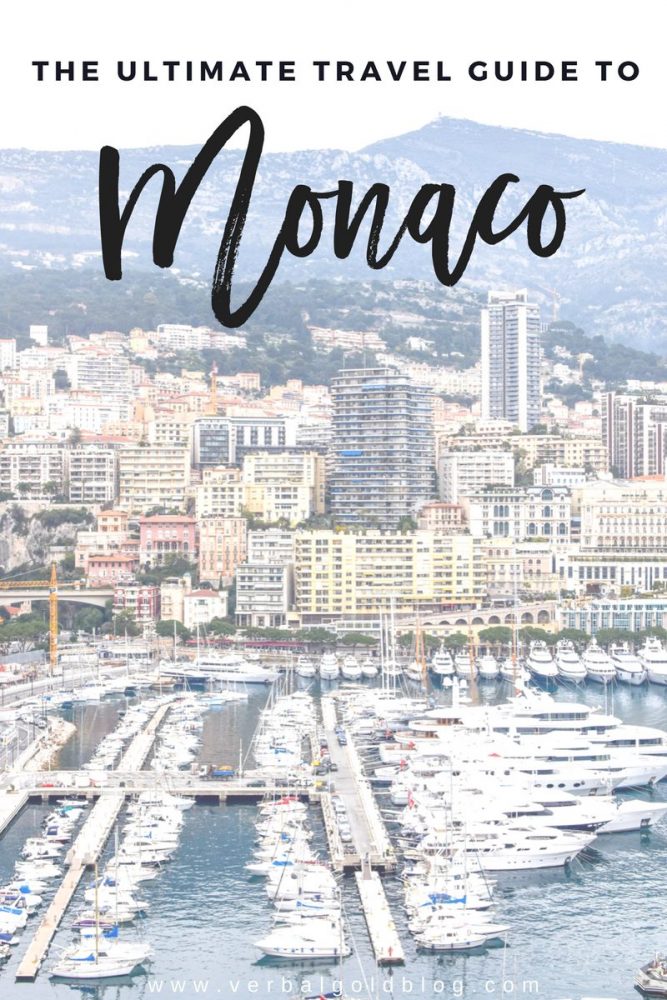 You don’t need really anything to inspire you to visit Monaco.  Just say the word Monaco and peoples eyes light up. It is the epitome of luxury travel. One of the nicest places in the world. Did you know Monaco was a country and that it’s not actually a part of France, even though it’s along the French Riviera?  Our driver was extremely knowledgeable as he toured us around this tiny country. Monaco is the second smallest country by area in the world; only Vatican City is smaller. Monaco is also the world’s second smallest monarchy, and is the most densely populated country in the world.

As we were driving up the cliff, the Prince passed us with his escorts on the way to his palace.  There were also police escorts that were there to stop traffic as we were not allowed to drive next to them. We were told by a local that the only house is the Princes palace and that is because Monaco is so small that the rest of the population live in apartments.  We were also told that the rent can be anywhere from $7,000-$1500 euros/month and sometimes more.  A penthouse overlooking the harbor was just sold for 1 billion euro.

The best time to visit the French Riviera is May/June or the September/October timeframe. We went in February, in the off season, and enjoyed it not being so crowded. 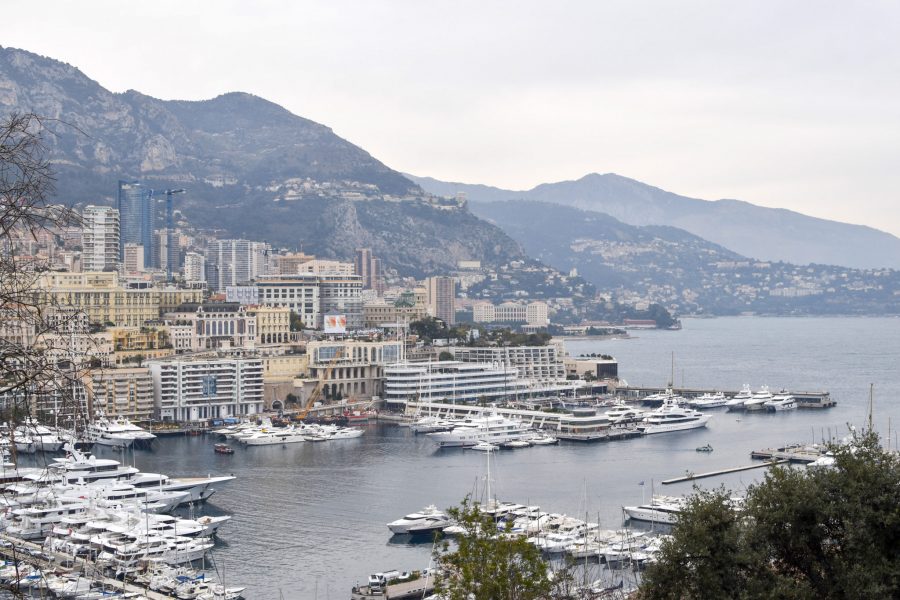 How to spend a day in Monaco! 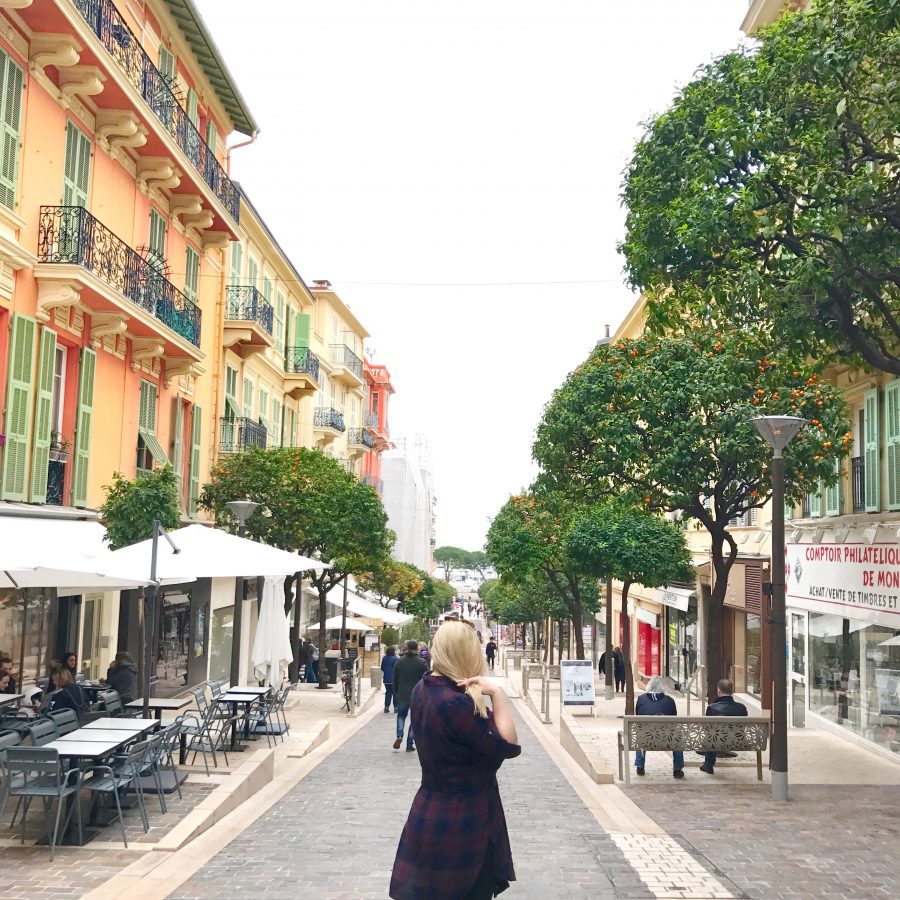 There are three areas you need to visit and you can easily walk most everywhere. I recommend visiting Monte-Carlo, Monaco Villa where you can find The Princes Palace, and the Port. You can also venture a little further to check out Larvotto and the beach depending on the weather. Fun fact: Avenue Princess Grace located alongside Larvotto Beach was the world’s most expensive street to live on! If you visit during the summer make sure to check out one of the famous beach clubs like Life or Monte-Carlo Beach Club.

“Cabanas, cocktails and restaurants for those who wish to relax and jet skis, wakeboarding, parachute rides, flyfish and donuts for the more adventurous.” -Monte-Carlo Beach Club

Monte-Carlo is home to the celebrated Monte Carlo Casino. And guess who won 100 euros? This girl! We had so much fun gambling in France and in French for that matter. Steeped in 700 years of Grimaldi royal history, Monte-Carlo’s location is stunning, tucked between French medieval villages and the Alps. Take in a world class opera or ballet, bask in the sun on Larvotto Beach or get an adrenaline rush at May’s Formula 1 Grand Prix. Tickets are surprisingly reasonable.

Near the western end of the quarter is the world famous Place du Casino, the gambling center which has made Monte Carlo “an international byword for the extravagant display and reckless dispersal of wealth”.[1] It is also the location of the Hôtel de Paris, the Café de Paris, and the Salle Garnier (the casino theatre which is the home of the Opéra de Monte-Carlo). The eastern part of the quarter includes the community of Larvotto with Monaco’s only public beach, as well as its new convention center (the Grimaldi Forum), and the Monte-Carlo Bay Hotel & Resort.

Enjoy your day gambling, walking along the harbor to check out the yachts, shopping, eating, and taking in the amazing views! I definitely recommend wearing comfortable shoes. Even though Monaco is so small, we did a ton of walking. We basically walked around the Prince’s Palace of Monaco, through all the tiny little streets,, down a cliff by the port, through some shops, and then over to the Japanese gardens, along the Grand Prix track, and up to the casino! That’s a long way to walk but the views were so amazing and there was something new to look at everywhere we turned.

My favorite shop is Le Dressing. It’s a luxury hand me down shop with the best finds! There were two locations when I went but they told me they were renovating for a bigger shop right on rue Princesse Caroline! I picked up 2 Hermes and one Chanel scarf while I was there. Then I went to Hermes and picked up the Brides De Galla limited edition heart scarf! There are so many high end shops by the casino. 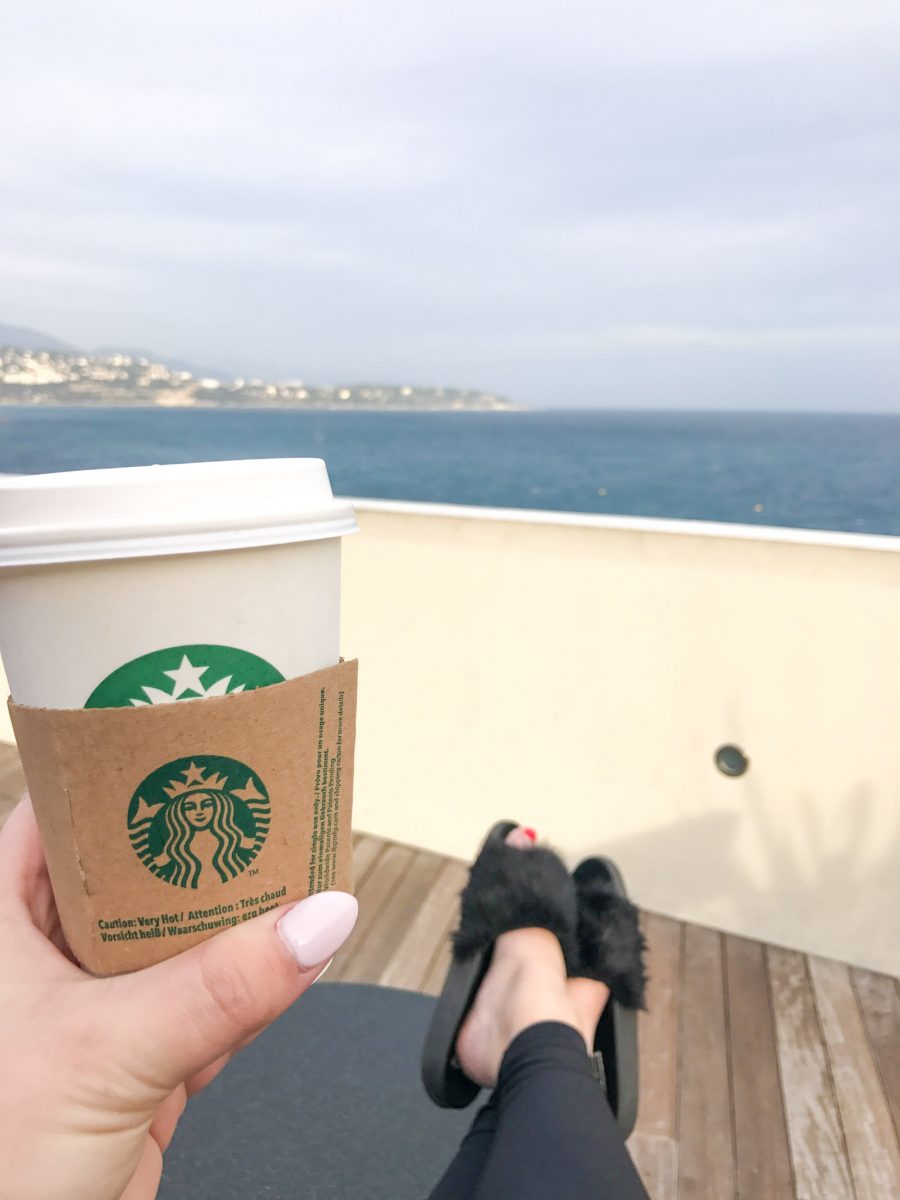 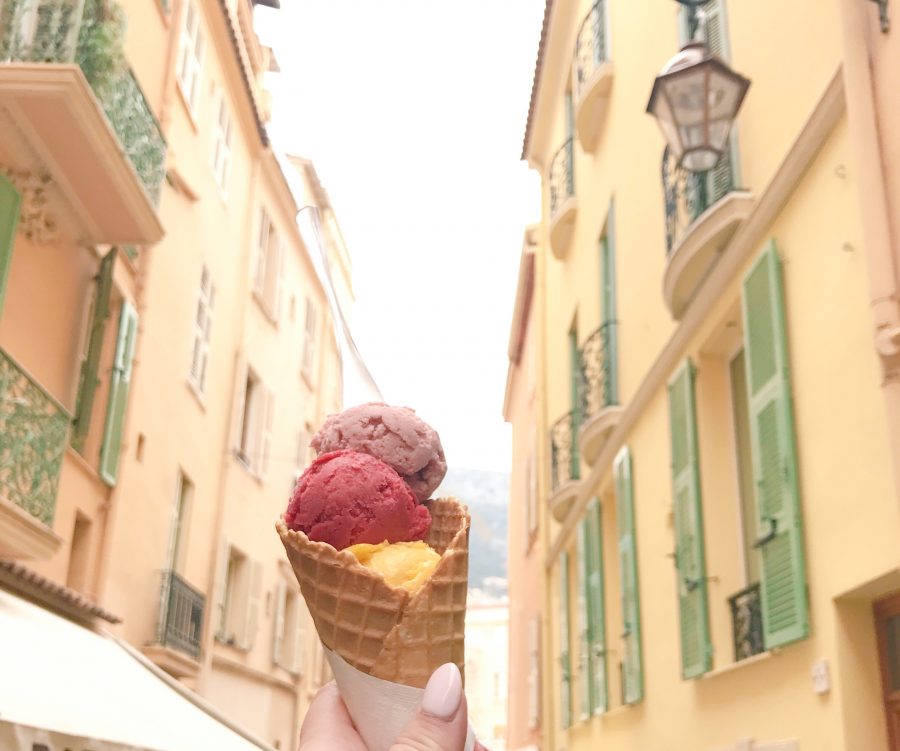 Yeah…we found a Starbucks! It’s up by the casino so you get coffee with a view. The entire Starbucks is outdoor seating.  Pretty cool vibes.  Unfortunately if you’re from America your Starbucks card from your mobile won’t work so have your credit card ready.

While you’re shopping on rue Princesse Caroline stop by Grubers! They have the best burger in Monaco. It’s seriously delicious. You can get take away service or sit outside to eat and take in the great views of the yachts.

If you’re by the Princes castle you can pop in any of the quick eat restaurants on the cliff. My favorite was the gelato obviously and they are everywhere! I definitely recommend getting one while you’re there. This area is quite touristy so we spent the shortest amount of time here.

I definitely recommend checking out La Rose des Vents Restaurant on Larvotto Beach. Here you’ll find warm salads with the taste of a sea breeze and seafood so fresh! It’s known as one of the best places to relax in Monaco.

We didn’t see a whole lot of taxis here so if you don’t see any on the street head to the nearest hotel.  You’ll probably need a driver to get around. Our driver in Eze drove us over for the day but I know you can also take a bus!

Read Next: 27 Photos To Inspire You To Visit Monaco

Written By
Ady
More from Ady
I moved to San Francisco in 2010 and stayed for 2 years...
Read More