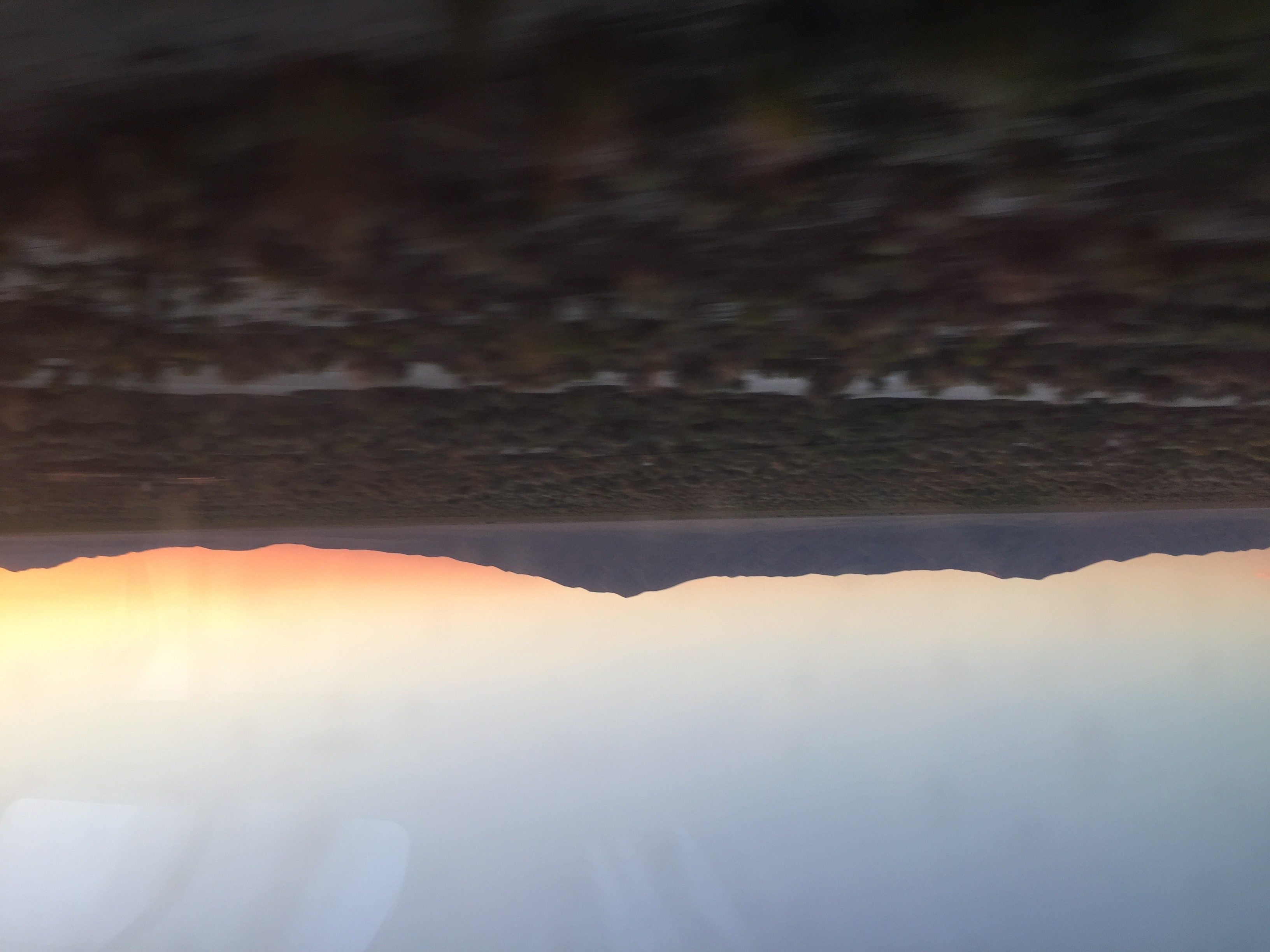 How Traveling By Train Across The Country Changed My Life 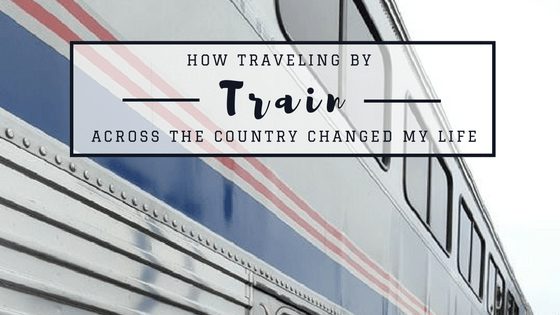 About a month ago, I set off on the adventure of a lifetime with my favorite traveling companion: my mother. We made the decision to embark on a train that rides across the center of the country, from east to west (or west to east). My mom and I decided to fly from Charlottesville, VA to San Fransisco. We spent about a day there before catching our first train heading back east. The trip was about 12 days long, including four separate train trips and multiple nights spent in different cities. The stops we chose between trains were in Salt Lake City, Denver, and Chicago. From Chicago, we were able to catch a train back to Staunton, VA, only ten minutes from our house.

The inspiration for this trip came from a popular blog post by Derek Young called “Across the USA by Train for Just $213.” Derek posted tons of pictures from each leg of his train journey. It was those beautiful pictures that made me realize that I absolutely had to go on this amazing trip. A couple of hours into the first leg, I began to realize that nothing could have prepared me for the breathtaking views I was about experience. The train started off traveling almost directly beside the San Fransisco Bay before making the slow and steady climb up into the Sierra Nevada’s. 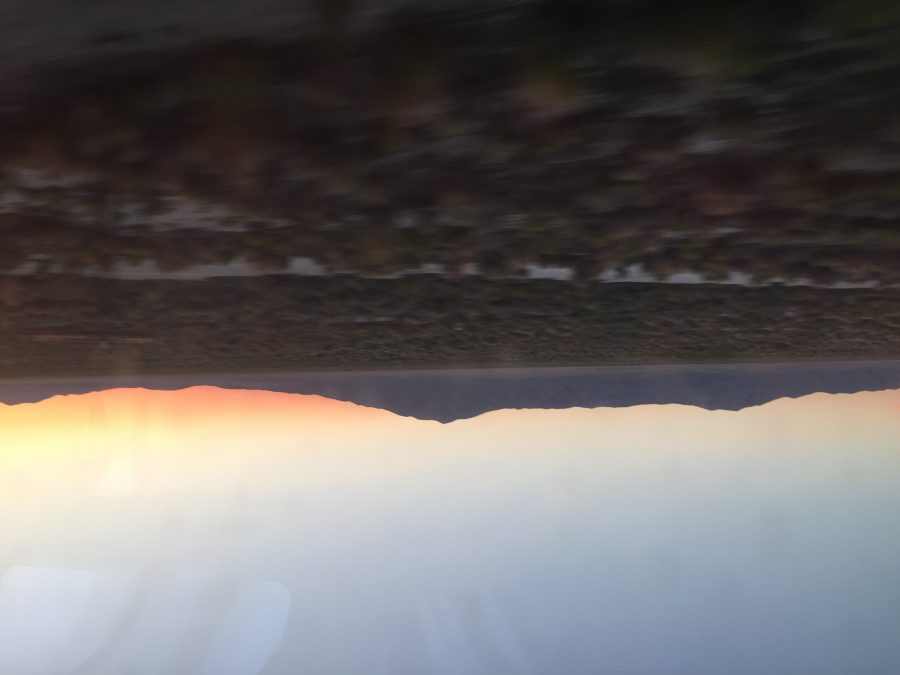 After sitting on the train for the entire day, we had met and exchanged stories with at least 10 people, all of whom were extremely interesting and unique. We were happy to see the beautiful sunset in the middle of the deserts of Utah. A bit later we reclined our seats and tried to get at least a little bit of sleep before the train arrived in Salt Lake City at 3 am. We explored the city for two days before getting on our next train.

Read More: How to spend 24 hours in Salt Lake City! 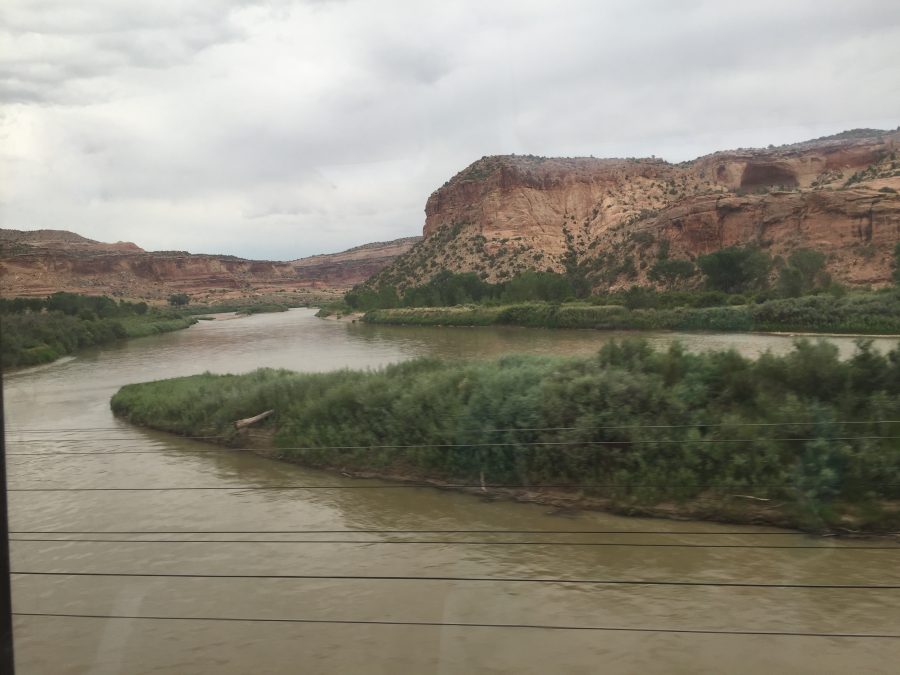 The ride from Salt Lake to Denver was beautiful filled with amazing views.  We curved through canyons for part of the day before getting to the Red Rocks that line the Colorado River. The train followed the river for practically the whole rest of the trip to Denver. Here we learned that the only ways to see the canyons were either on the train or rafting down the river. How cool would that be! After spending 3 days in Denver, we moved on to make our way to the Windy City.

Read More: Highlights from our stay in Denver!

Denver to Chicago to Virginia 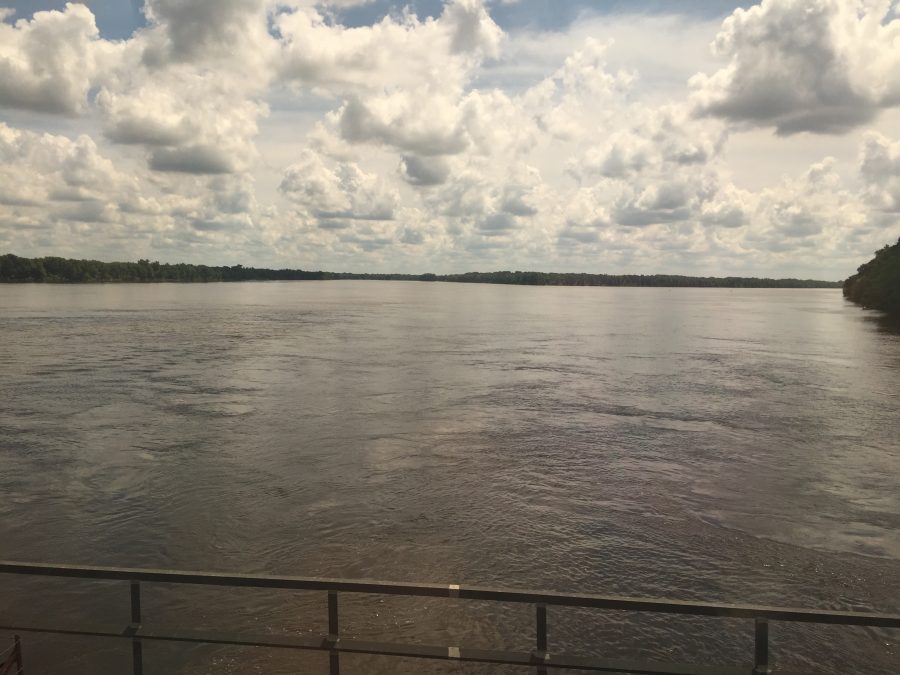 This leg of the trip through Iowa and Nebraska was lots and lots of flat ground and cornfields. I passed the time by meeting a few more interesting people and writing… a lot. At one point we passed over the Mississippi River, which was an amazing view (pictured above). We only spent a day in Chicago before getting on the train again heading home. The last trip took us mostly through West Virginia, which was mainly lots of trees and mountains.

Read More: How to spend a day in Chicago!

I must admit that going on this trip changed my life. It made me appreciate mountains, sunsets, and views of the world that I had never thought twice about before. I never knew that spending hours on end staring out a train window could be so entertaining. I would do the trip again in a heartbeat. 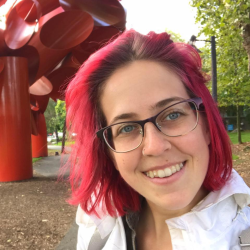 I'm just an average college student trying to pursue my passion for writing.

The Ultimate Travel Guide To Monaco aka The Rock

A Guide to Seeing the Netherlands by Boat

Christmas: A Night of Lights and The Blow Up Man