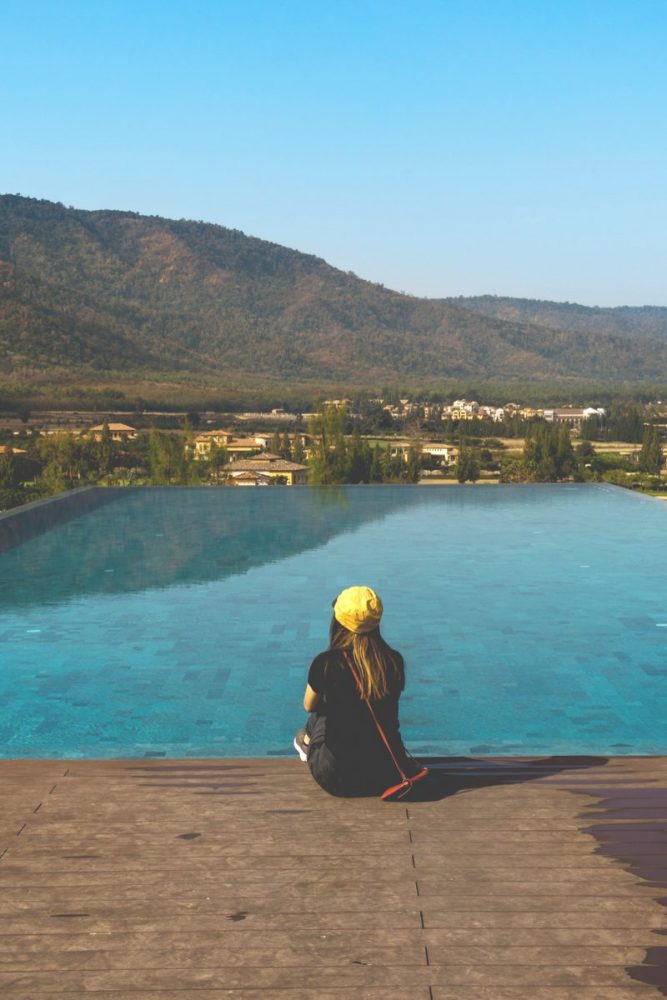 How to Make Friends While Traveling Solo 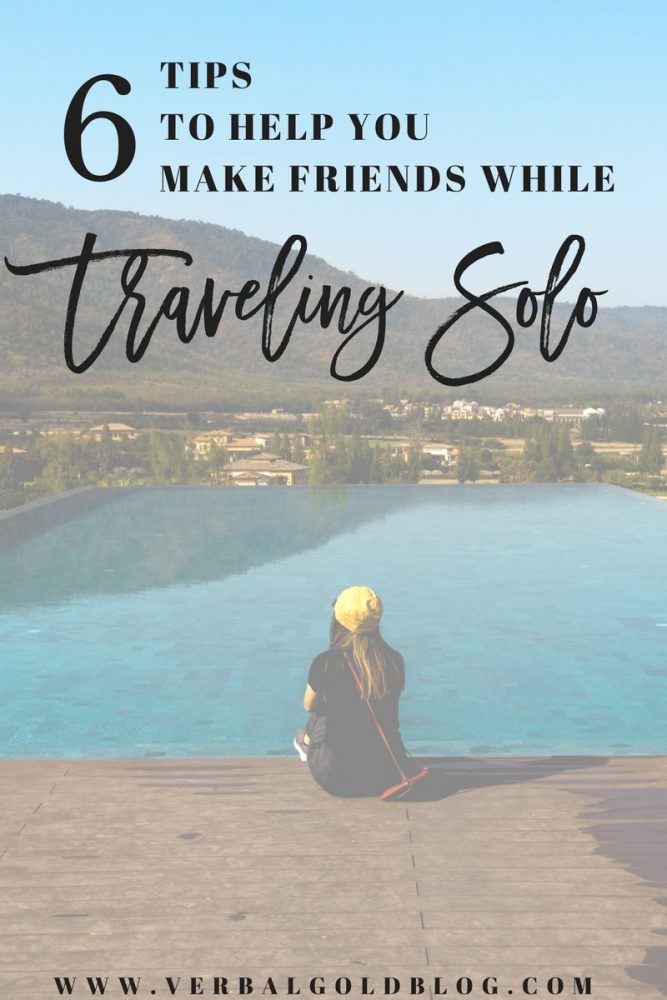 The first time I traveled alone, I was so scared that I would, at some point, become lonely — and what kind of vacation would that be? Surprising enough, I’ve been on many solo trips, including three large international trips and many domestic trips and I’ve come to learn that it’s so easy to make friends while traveling solo.

So, whether you’ve been traveling solo for years or are considering it for the first time, I’ve come up with a list of wonderful tips on how you can make friends while traveling alone. 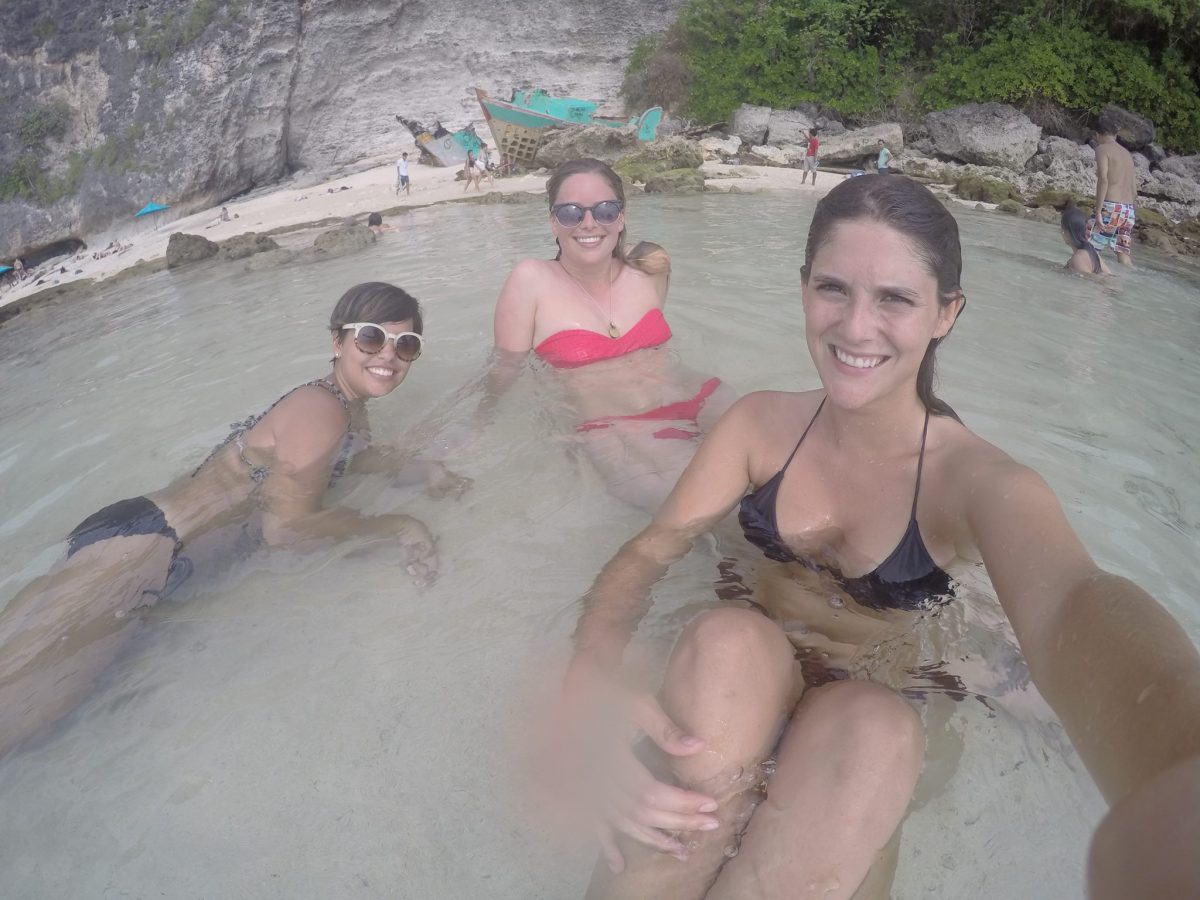 Call on your network

Before taking any trip, whether it be solo or not, I would highly suggest that you ask your network of family and friends if they know anyone living in the destination that you are going to on your solo trip. When I went to Ireland, I was so nervous because it was my first solo trip. I posted on Facebook about my upcoming adventure in the hopes that someone I knew might know someone in Ireland. Thank goodness, my college friend happened upon that post because she had gone to graduate school in London with a woman who was living in Dublin. She connected me with her friend and on my first night in Ireland that woman met up with me for dinner. We had a blast and I am ever so indebted to that wonderful Irish angel. Not only did she show me around Dublin and the surrounding area, but she took me out on the town twice (including for my birthday)!

Before heading out, call on your network. You’ll be surprised who knows who in what part of the world and you might make a friend before you even begin your solo trip.

I don’t often join tours while I travel, but on my first couple of international trips, I did. On one such tour, we had to hop on a bus to get to our destination. Everyone in the group seemed to be a traveling couple and I grew nervous that I would the fifth wheel on a long tour. Suddenly, I saw that a young woman, around my age, was sitting alone in a bus seat. I sat in the bus seat across from her and smiled. It didn’t take long until we gravitated to talking and then became fast friends, on the tour and after.

If you want to make friends while traveling solo, book a tour. When placed in a small group in this big wide world, our personalities shine and we suddenly find ourselves in a safe and comfortable place to get to know others.

Stay in an Airbnb, hostel, or bed-and-breakfast

Hotels are wonderful for their great amenities, but if you’re traveling solo, I highly recommend you rent a room on Airbnb, a bed in a hostel, or a room in a bed-and-breakfast. In Barcelona, I rented a room from a cute couple and they were so lovely to me during my stay. I quickly became friends with the wife and we hung out on the beach one afternoon. They took me out for dinner another evening. Other times, I’ve met cool people at breakfast while staying at B&Bs. And if you know anything about hostels, they’re generally for young, hip crowds, especially solo travelers, making them the perfect places to become friends with solo and group travelers.

On the second day of my trip to Bali, I was sitting on a beach looking at the waves. I quickly discovered that the beach I was staying at was filled with predominately couples on romantic vacations. I didn’t think I’d have a chance to meet another solo traveler. Suddenly, a woman my age walked up to me and asked for directions to the other side of the beach, which was blocked off by large boulders. Was she a solo traveler? I wondered. I gave her directions and she went off, and I was a little disappointed that I hadn’t made more conversation. But 10 minutes later, she was walking back toward me.

“Find your way to other side?” I asked. And that was the start of an amazing friendship. I ended up traveling with this young woman and another girl that we met a day later throughout Bali for most of my remaining trip.

The lesson here? If you see someone that looks like a solo traveler or even someone you think you’d have something in common with, ask for directions (even if you know where you are going). But take your time, start up a conversation. It might lead to a new friendship.

Attend a local event or class

If you want to make friends with the locals of the place you are visiting, try attending a local event or a class. Obsessed with yoga? Find a yoga studio and take a class. Saw that there’s going to be a food festival? Go! Love poetry readings? See if there’s one at a coffee shop in the area that you’re visiting. And when you go – find someone to chat with. Even if it feels awkward at first, turn to the girl stretching at yoga before the class begins and ask her how the instructor is or if she’s ever attended that class. And be sure to let them know you’re traveling! Locals tend to love helping you find your way, and some are even willing to show you cool places that you wouldn’t think to visit.

Bonus tip: Check out Meetup, Facebook, and expat websites for local events and group outings in your vacation destination. They often provide wonderful opportunities for events that you might want to join to meet new people and make new friends.

Find your courage and get out

One of the scariest parts of traveling solo is the fact that you’re alone. We aren’t creatures of solitude generally, so when we’re at home, we don’t often go to bars or restaurants alone. But when you travel solo, it’s just a part of the ordeal. However, don’t shy away from that part. Be brave. Make yourself go out to dinner or go to a bar in the evenings. Sit at the bar, where everyone must go to grab their drinks. Smile, say hello. Turn to the person next to you to ask their advice on what bar or restaurant you should check out next.

I’ve met so many wonderful people at restaurants and bars when I’ve solo traveled, and whether we became friends for the next few hours, days, or years, it’s entirely worth it.

What To Do In The Ozarks