Fun Board Games to Play at Christmas 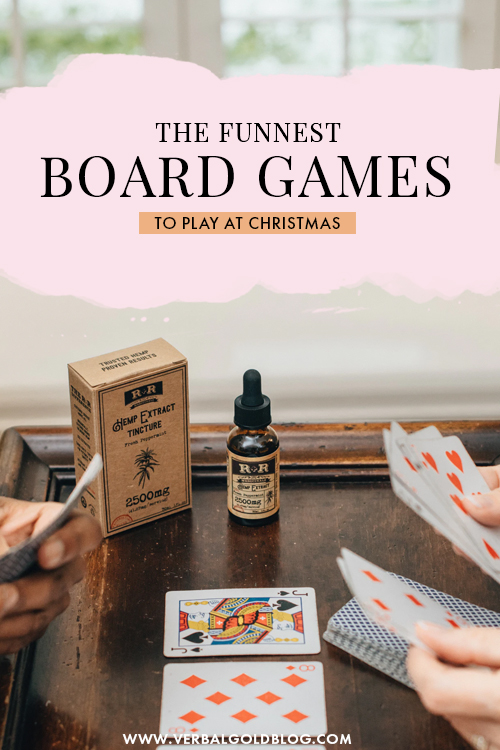 While a lot of new tech games have been introduced in recent years, there’s nothing that screams Christmas more than gathering around with loved ones with a hot c0cca in hand to play a good-old-fashioned board game.

Whether its Monopoly, Chess, or Jenga, there are some board games everyone knows and loves playing no matter their age.

We’ve rounded up our favorite board games that are perfect for endless fun and creating memories this Christmas.

Our Fave Board Games

Swap the cliché Chess game for a different kind of board game this Christmas. The Trivial Pursuit Classic Edition is great for all ages, with all the traditional categories from art & literature, history to sports and entertainment. This game is a good pick for nostalgia fans as one of the few board games that have stood the test of time.

Luxor can be played by two to four players and it is a family-friendly game of rival archaeologists. It’s about players racing to explore ancient Egyptian tombs and uncovering priceless artifacts as they make their way through unpleasant underground tunnels.

The Luxor game may look like Monopoly or Ludo games at first glance but it is much more tactical. It uses clever card play to determine your progress along its twisted track, it’s all about making smart decisions and not hoping for luck.

As you go further into the tunnel you’ll discover countless treasures that boost your game score. Luxor board game is an addictive blend of fast and thoughtful gameplay, while its theme may not be culturally sensitive, it is elegant, quick, and accessible. Luxor is a great option for your family to try new modern board games rather than the more traditional chess and Monopoly games.

Twenty-five cards are set on the table, each with a word on it. The spymaster of each team will give his teammates a word clue in an attempt to get them to choose a specific card combination. If you choose your opponent’s card, it moves you closer to the win, and if you choose the assassin card, the game ends immediately.

The game may seem like a daunting one, ut after a while, you can’t help but not love it. You can play this game with as many people as you want which makes it great for a family board game during Christmas.

Ticket to Ride is a modern board game where players try to connect cities across the US by rail. Each player has a secret set of tickets that shows the cities they want to connect, the further away the cities are the more points they are worth.

The rules of this game are simple and the game should not take more than an hour to play. The game is great for all ages, so you’d have no problems playing it with any kids at the party.

For some families, a post chicken game of charades is a Christmas staple, and the Christmas season will not feel complete without seeing dad turning purple with rage while trying to mime some tricky set of sentences. This team-based game aims at challenging you to convey a message to your teammates using a vocabulary of only one hundred and five words printed on the cards.

The game is actually trickier than you might think as you could end up conveying a completely different message to your teammate with such a small pool of words at your disposal. All you need to do is get creative and try and use sentences or instances to convey your message instead of just words.

With both opposing teams simultaneously trying to guess the same word, there is really competitive tension. The game comes with different levels, so if you’re playing with kids you can tailor the difficulty level to suit them.

If you’re celebrating Christmas abroad with your partner and don’t have many plans or people to hang out with yet, then a good ol’ chess game is always a good idea!

Your goal is to protect your king and trying to checkmate your opponents’ king at the same time. The Chess game is like a siege between two kings, both trying to checkmate one another and win the game. It is said that playing chess will improve your I Q which makes it a great game for kids, too!

In this game, players roll two six-sided dice to move around the board, buying and trading properties and developing them with hotels and houses.

Players collect rent from opponents with the aim to make them go bankrupt, and you can also gain or lose money through tax square and community chest cards. Players can end up in jail for not meeting certain requirements. A downside of Monopoly is that it can last forever, so make sure everyone is cool with sitting down and playing for a while. Oh, and don’t forget the treats and drinks!

It is said that we all must have played the Ludo board game at least once before we turn 25, that is how popular the game is.

The Ludo game is a strategy board game for 2 to 4 players, in which players race their tokens from start to finish according to the rolls of the dice. Similar to Monopoly, the Ludo board game has countless versions with slightly different rules, so make sure you pick one on Google and explain the rules carefully to everyone to avoid a Christmas quarrel.

Whatever board game you choose for Christmas, make sure you pick the one that suits everybody and not just you alone. What are some other super fun board games you love to play that we didn’t list? 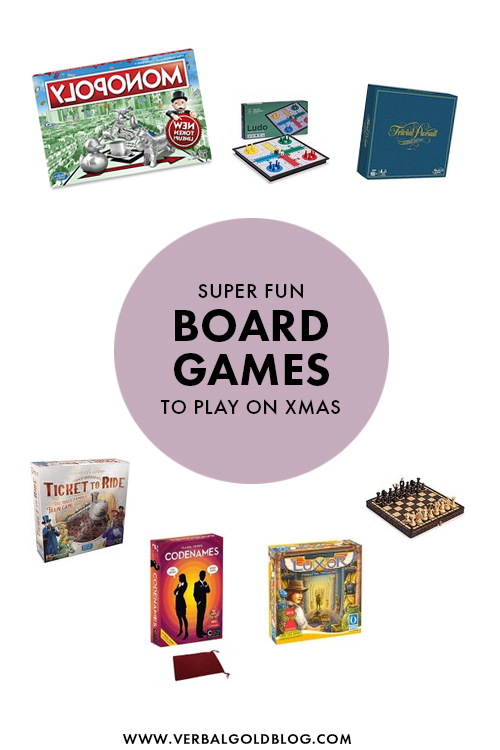 What’s your favorite board game to play when you’re home for the holidays? And don’t say TikTok! lol (btw follow me on tiktok @verbalgoldblog)

How to Look Stylish During Christmas While Staying Cozy

The Ultimate Gift Guides For The Whole Fam