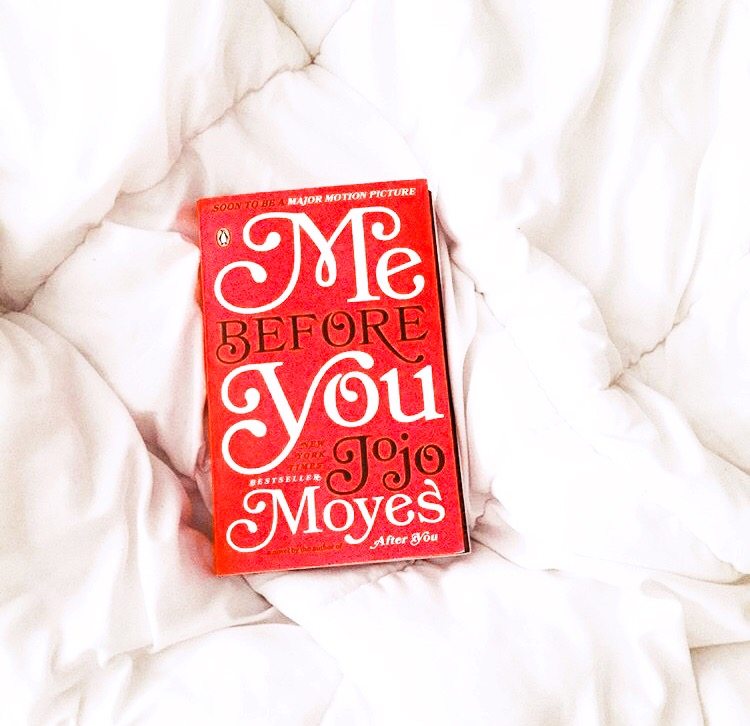 Book Review // Me Before You

[fusion_text]Me Before You is about Louisa “Lou” Clark, a young, vibrant, unique woman living in a small town in the U.K. She has a common life and an ordinary job which suits her perfectly. After being laid off from her job she must find another quickly to keep the income flowing. Louisa takes the only thing available, a caregiver position for Will Traynor who became paralyzed after an accident. Will was an adventurer, traveler, banker that had big plans and big dreams which all were taken away from him in an instant. The rapid change of lifestyle has left him cynical and unable to cope. It becomes Lou’s mission to show Will that his life is still worth living and living well. Through conversations, small adventures, and quality time the two begin to form a deep bond that will pull at your heartstrings.

There is a single sentence that attracted me to read this book. On the back cover reads, “What do you do when making the person you love happy also means breaking your own heart?” I’m not sure what that sentence means to anyone else, but it pulls a hidden emotion I have deep within me. Some people in this world would destroy their own well-being for someone they love. It’s not for everyone, but it happens. Needless to say, I bought the book. As soon as the book arrived from Amazon, I opened it and did not shut it until I was done. Yes, it was that good!

Maybe I’m a sucker for emotional punishment… but this book is well worth it. I have a friend that was sobbing so hard her husband videotaped her crying in her room for a good laugh later in life… so at least I’m not the only one! I have a feeling there will be many more with tears in their eyes when trying to read through this.

Me Before You allows the reader to feel empathy for two completely different life perspectives at the same time. I didn’t agree with one of the perspectives, but that doesn’t mean you don’t get drawn into the force of this book. Will and Louisa form a friendship that leads to love that makes every page worth it.

Well written and never a page that I found to be boring, I highly recommend this book. Just ask my mom, friends, co-workers, or anyone I meet that starts up a conversation and they can confirm that I have mentioned this book to them.

When I read as slow as I can to make sure the book doesn’t end too quick, it definitely deserves 4/4 gold bars!

**SPOILER ALERT- IF YOU DO NOT WISH TO KNOW ANYTHING ABOUT THIS STORY BEFORE YOU READ IT, STOP HERE AND CLICK HERE TO PURCHASE**

Before meeting Louisa, Will had made a decision to end his life. He couldn’t bear another moment of pain that his injuries left him to endure. He couldn’t stand another minute of watching all of his old friends live their socially filled lives. He didn’t want to watch his co-workers enjoying the job he once excelled at, and definitely didn’t want to watch his ex-girlfriend fall in love with another man. Will attempted suicide only to fail due to his immobility, but his effort toward his attempt was so horrifying that the reality of his strong desire to end his life left his family in an unimaginable position. Will had made arrangements to go to Switzerland where he could legally have someone end his life for him. He promised his parents 6 months of life, if they agreed to help him get there. If they did not agree, he would continue to try and commit suicide in their home.

Will’s mother and father, facing the unimaginable, hire Lou. They see something in her that they think could possibly spark Will’s personality to lighten up. They were right, but will it be enough?

Even the most powerful and fierce love has a time limit. Read “Me Before You” to see if Louisa can convince Will that their love can endure all. 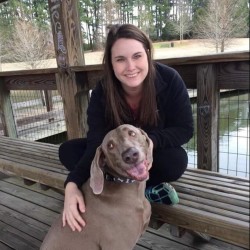 You can usually find me curled up with a book snuggling my dog, Bailey. The small things in life that make me happy include my family, mountain and water views, animals, laughing with Ady, movies, and cold weather. My name is Lori, but most people call me Lo or Lolo. Ady recruited me to the VGB squad to share my reading recommendations with you and help expand your reading list! #vgbbookclub Currently living in Huntsville, Alabama and look forward to sharing my experiences with everyone soon.

In Case You Forgot, You Are A Badass

25 Books to Read This Summer