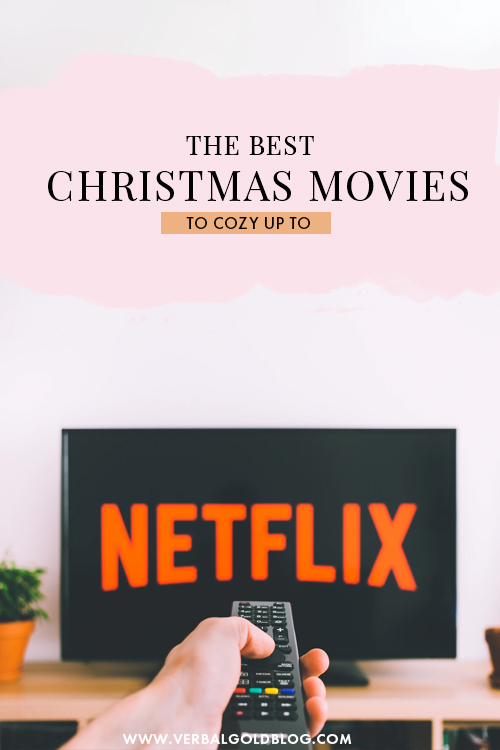 While we love the snow and the Christmas music playing all over,  sometimes we’re just not in the mood for yet another office holiday party, am I right? Sometimes all we want to do is cozy up with a blanket and watch a light movie that channels the mood of the holiday season.

From the rom coms to kids’ movies and adult comedies; here are the best movies to tuck yourself in bed, snack on some junk food and get all the holiday feels!

Clay plays the irresponsible and carefree manager who is threatened by his sister, the company’s CEO to shut down his branch.

After deciding to get his shit together to avoid getting kicked out, Clay arranges a huge Christmas party for office members. Things don’t go as planned, though, and the situation gets completely out of control in the most hilarious with. With the amazing star cast of Jennifer Aniston, T.J Miller, Jason Bateman, and Kate McKinnon, this one is a real treat to watch.

For people looking for a classic movie to get them in the holiday spirit, this is right there at the top of must-watch Christmas movies. This kid flick features an eight-year-old troublemaker, Kevin, who was left behind at home when the whole family goes on a Christmas trip to France.

Kevin is loving the freedom of having the entire house all for himself and being able to do whatever he wants, but the fun is over when a pair of burglars come to pay him a visit.

If you like this one, you must see the sequel too that carries the same adventure and comedy, but this time it sets in New York.

This Seth Rogen movie fulfills the criteria of his every movie with weed jokes, adult comedy and the challenges of adulthood – with a Christmas touch, that is.

Three childhood best friends unite every year in their holiday break to party hard, ut this time they gather for one last time to end their tradition with a bang as Issac is about to become a father.

For the fans of Khaleesi (from Game of Thrones), this one is for you to watch Emilia Clarke in totally different light!

This rom-com sets in the snowy streets of London where Kate works as an elf at a Christmas shop.

Her life is a complete disaster: she’s an alcoholic, her career is going down the drain, and her life at home isn’t quite the best. But then things start to change when one day she meets a charming man, Tom. As the whole city sets up for Christmas, these two try to mend their lives with an alluring romance.

This family comedy is surely fun to watch as it has all the visually appealing essence of Disney movies.

The story features Christmas enthusiast, Santa’s daughter, Noelle, who helps her brother, Nick to prep up for taking his father’s post. When Nick fails to complete the tasks, she asks him to take a weekend off, but the entire Santa World up north gets concerned as he doesn’t return with the holidays just around the corner. Noelle then sets off on a journey to find his brother and takes the business in her hands.

The three over-burdened moms try their best to make their family holidays the best, but their plan is ruined when their respective mothers come unexpectedly to visit them for Christmas.

During the most wonderful time of the year when everyone is celebrating, the three best friends are left with no choice but to fix unresolved issues with their moms – eek!

Though released in 2003, this one quickly made its way into the of Holiday classics.

The story starts when Santa Claus mistakenly takes a human baby with him back into his world. This human baby is nurtured and taught along with the elves; thinking he is one of them. Thirty years later, when he gets too big for the elves world, he finally figures out that he is, in fact, not an *actual* elf and sets off to New York City to find his real family.

Based on Dr. Seuss’s classic book, “How The Grinch Stole Christmas”., The Grinch is one of the best movies to watch if you’re not feeling the Christmas spirit yet. We’ve watched this a hundred times, plus one, and we still love watching it as much as we did the first time.

This Netflix romantic comedy features an ordinary girl who happens to receive an invitation for a baking competition where she meets a duchess that looks exactly like her.

Believing that they were destined to cross paths, the duchess offers her to switch places for two days, but things don’t go as expected. The ordinary girl enjoys the royal protocols for a while, and the duchess runs the house errands like a normal girl. Somewhere in between their switch, they fell in love with each other’s boyfriends.

If you’re looking for a high school romance movie – this one is for you.

Let It Snow is a Netflix romantic drama that takes place during the holiday season. The story begins when a snowstorm hits a small town right on Christmas Eve, bringing together a bunch of high school seniors, Breakfast Club style. The story took several turns and the bonds of love and friendship get twisted.

And that’s the list! Get ya phone, text your co-workers that you’re sick, grab a blanket, a cuppa, and spend the day binge-watching these amazing Christmas movies!

What are some other fun Christmas movies to watch? Let us know in the comment section below!