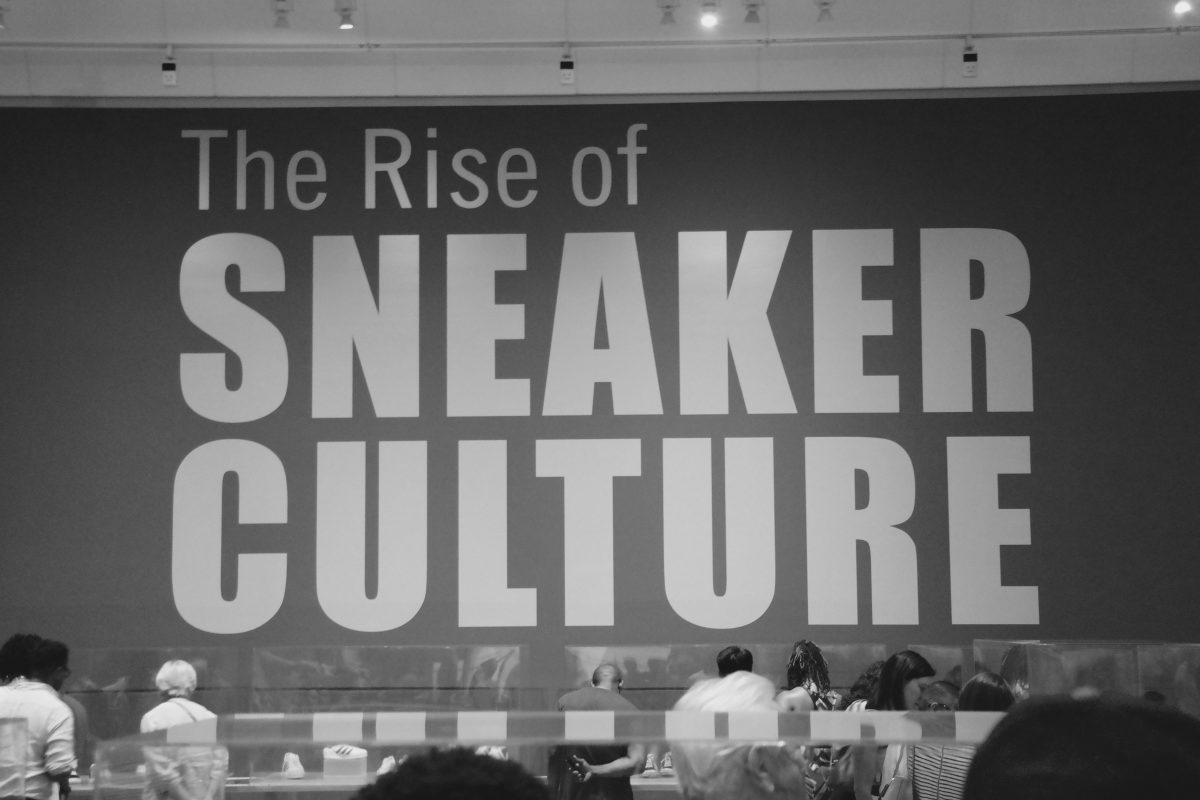 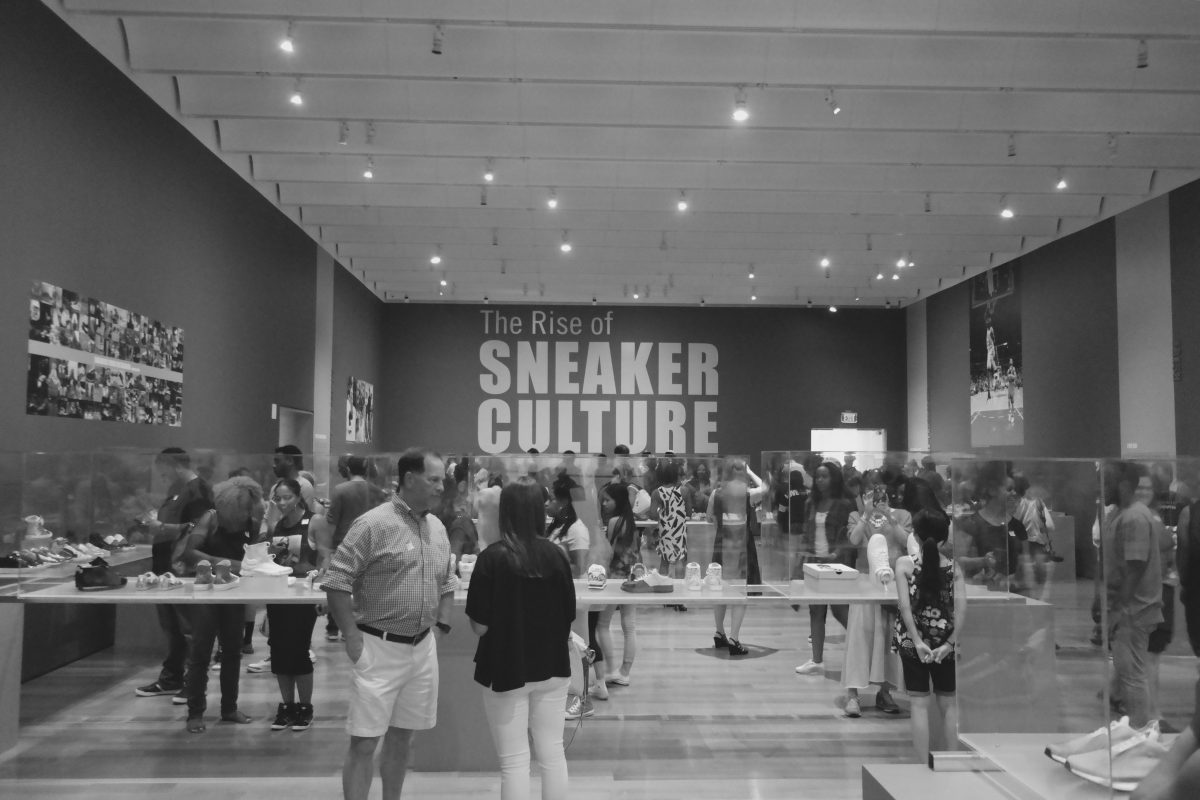 I’ve lived in Atlanta my entire life and believe it or not, never been to the High Museum of Art.  When I heard about the Rise of Sneaker Culture exhibit at The High I knew I had to attend.  I felt like I’ve been missing out. When we arrived at the event it was even more apparent – I had just discovered a gold mine.  Apparently I need to attend events at The High more often.  It was packed but such fun vibe!  Everybody who’s anybody was there! The who’s who of Atlanta were in attendance. Luckily for you the Rise of Sneaker Culture exhibit extends until August 14, 2016 an you definitely don’t want to miss this exhibit! 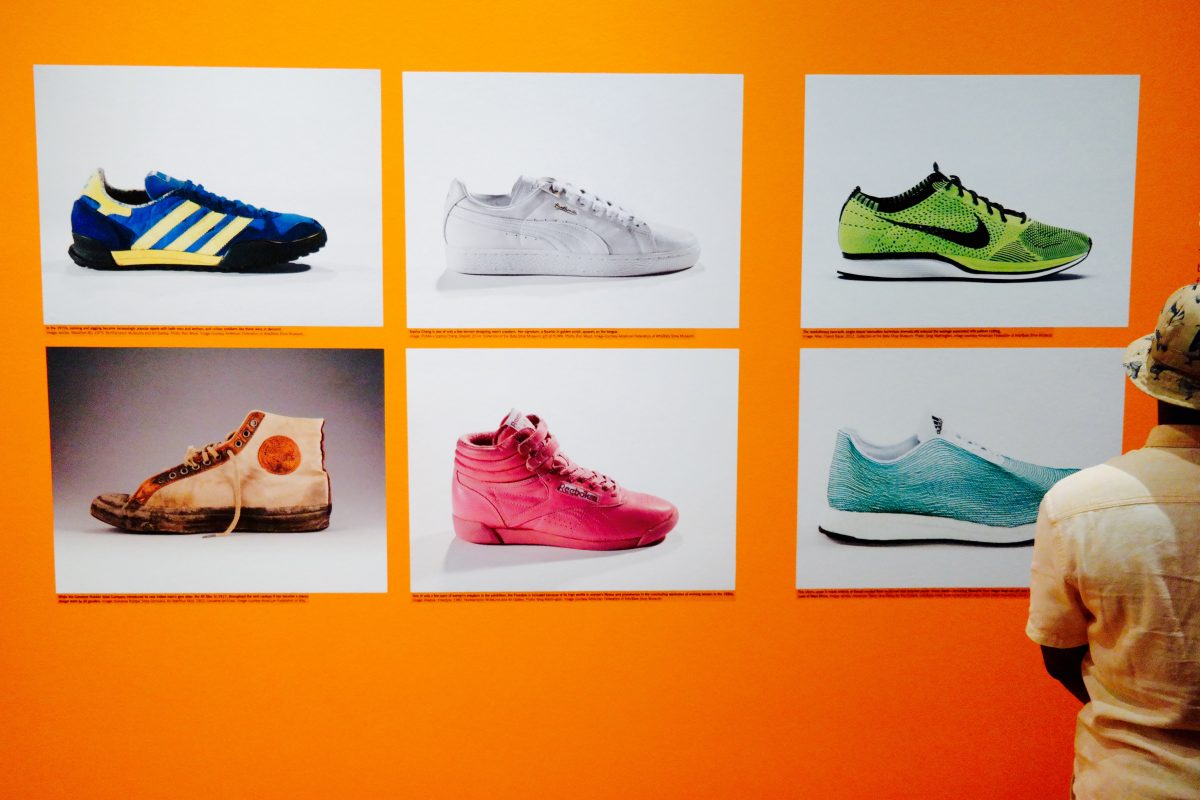 The High Museum of Art is continuing the ongoing conversation about the significance of sneakers with this exhibit! The kicks you wear say a lot about you.  They’re so much more than a fashion statement these days.  They’re a status symbol now too!  Sneakers are so much more than just sneakers. Run DMC, Larry Johnson, LeBron James (who has a lifetime deal because of them) all helped make sneakers what they are today. And Kanye? Well Kanye is Kanye, and if you’re not wearing his Yeezy Boosts, you have zero street cred. It’s real out here in these streets. lol And yes, I have two pairs and I love them!

There are more than 155 pairs of sneakers on display at the exhibit from Adidas, Converse, Nike, Puma, and Reebok. Expect to see exclusives from private collectors such as famed sneakerhead Bobbito Garcia, hip-hop legend Darryl “DMC” McDaniels and Dee Wells of Obsessive Sneaker Disorder. You can also look forward to seeing featured designs from major fashion design houses such as Prada and Christian Louboutin, which was one of my favorites.  Be on the lookout for the gold spiked Louboutin sneaks below!  There are collaborative pieces by Kanye West and other well-known sneaker connoisseurs. I made it my mission to hunt down every pair of gold shoes in the exhibit.  Because, Verbal Gold – duh. Plus those kicks are totally something I’d love to rock one day! 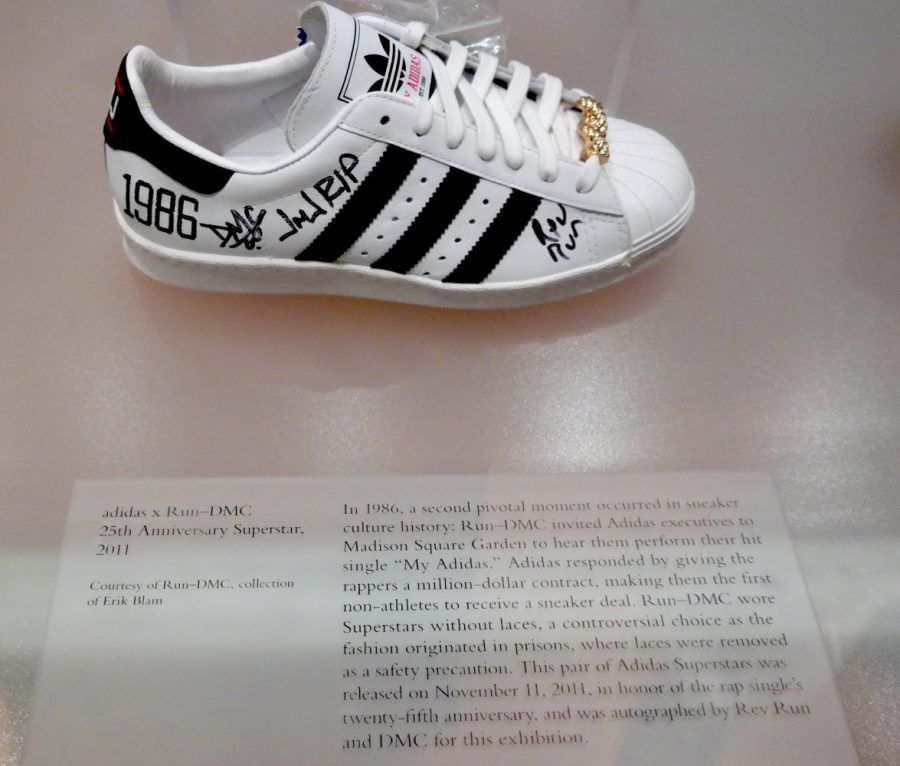 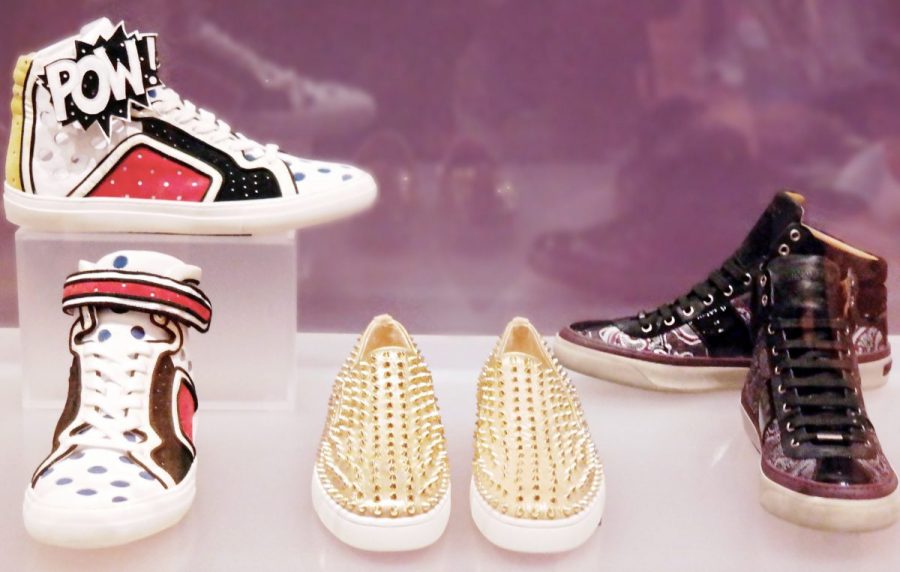 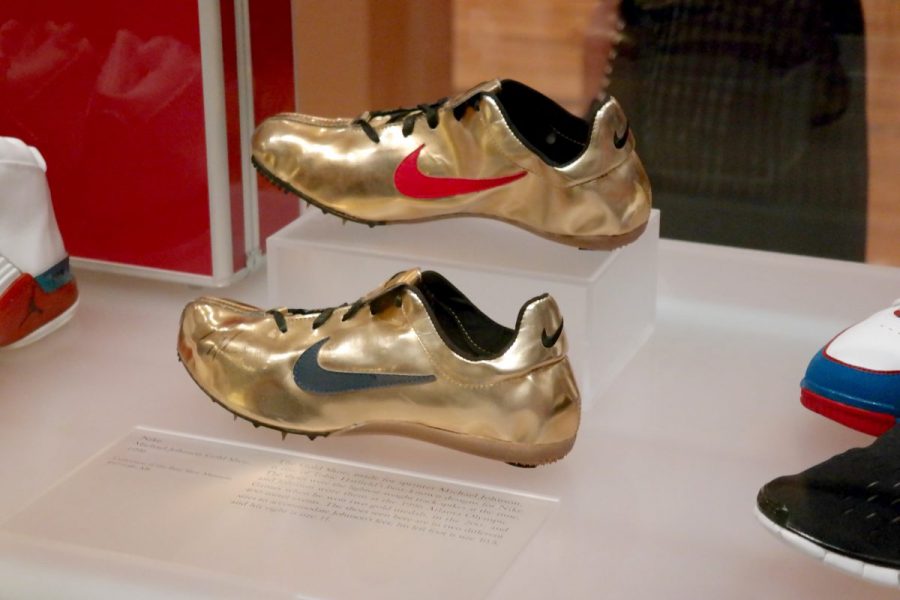 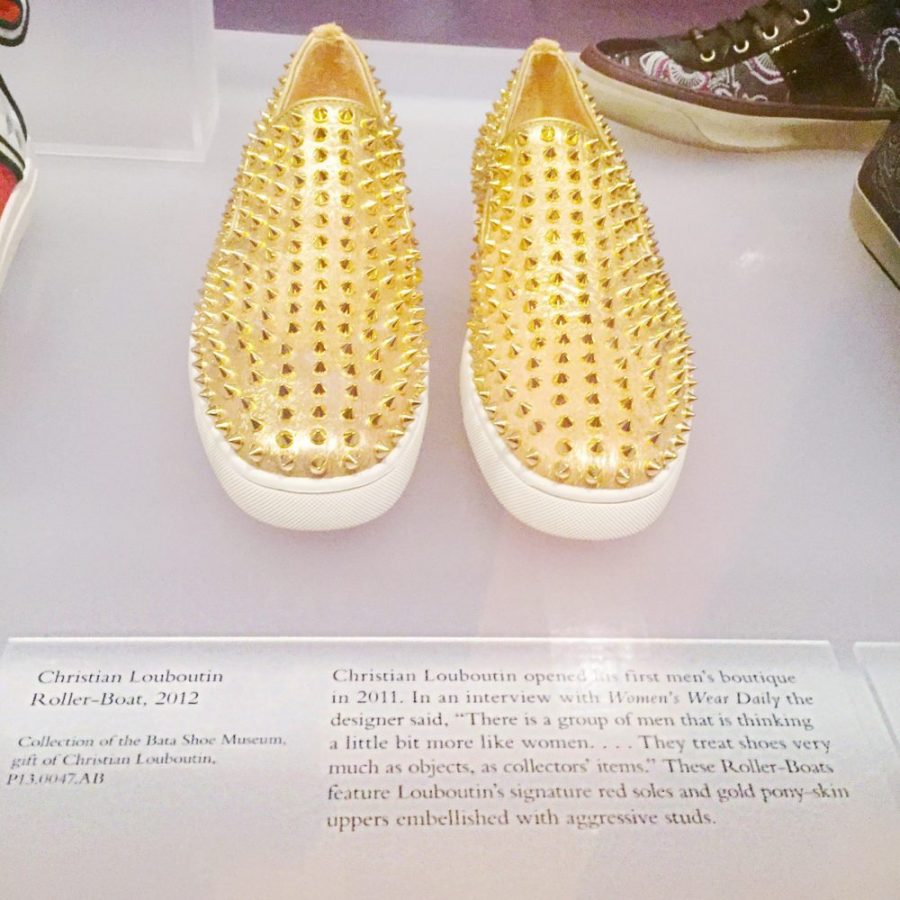 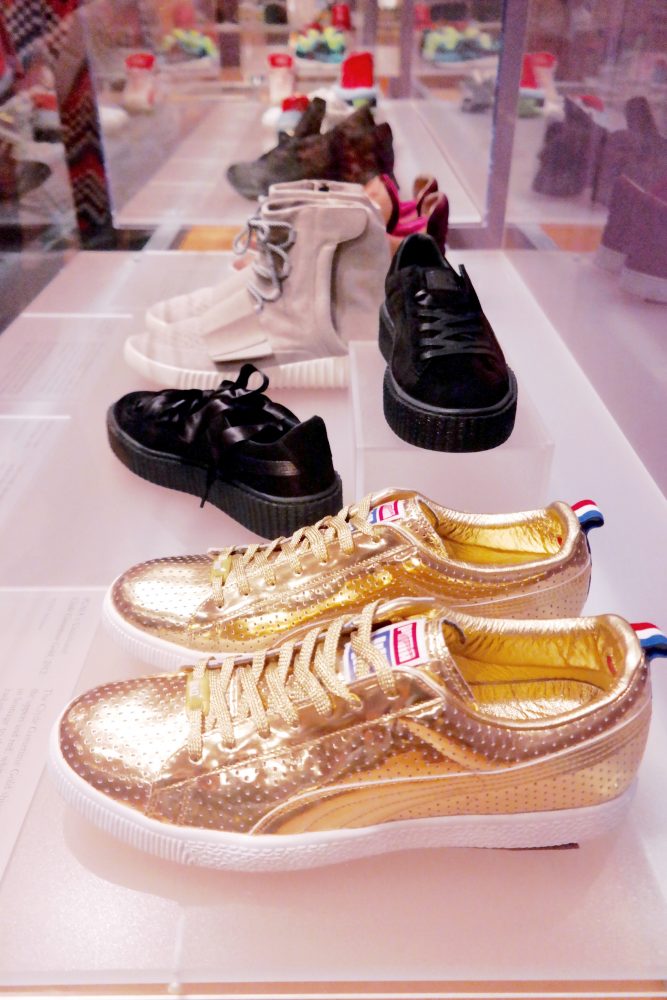 This exhibition goes far beyond the notorious Air Jordan I of the 1980s, although you can see all 23 of them! That was the part my fiancé was most excited about seeing.  Having every Air Jordan there was a HUGE hit and everyone was really in awe of the display.  The High Museum of Art even took us back to the 19th century with the formation of plimsoles (now called “sneakers”) in 1873.  I loved learning about the history and evolution of sneakers.  It was so cool to be able to see the OG sneaker, the original sneaker ever made.  You can get a glimpse below!  They look like super cute booties I’d probably wear now. 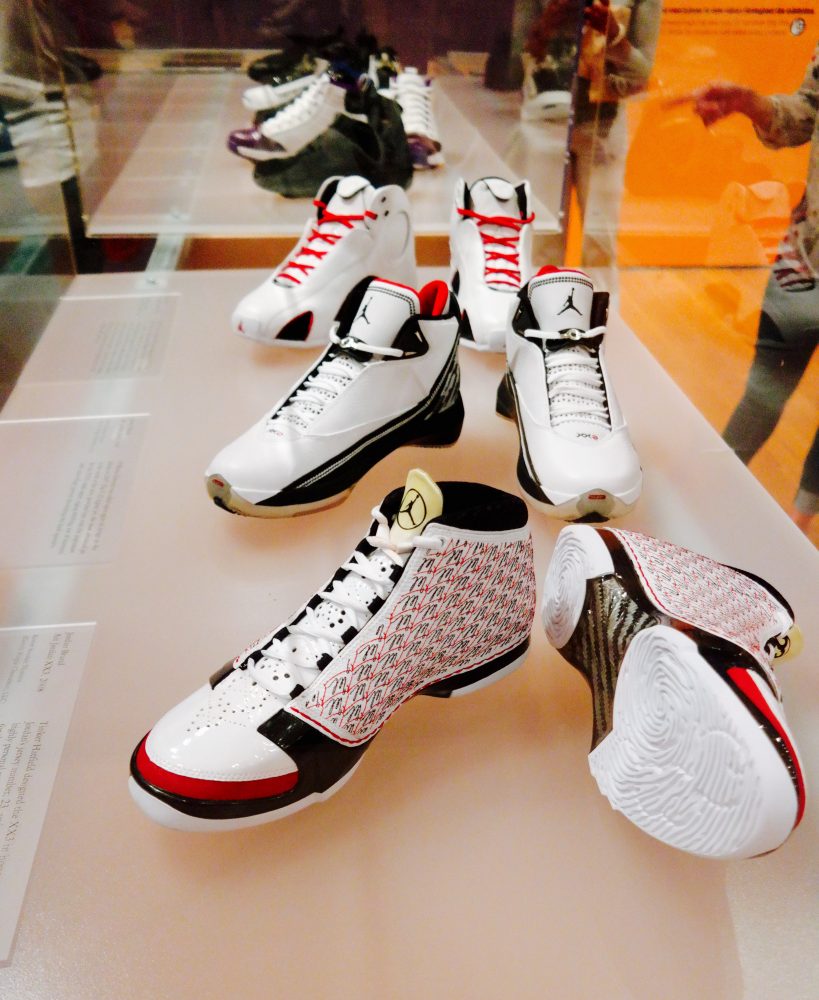 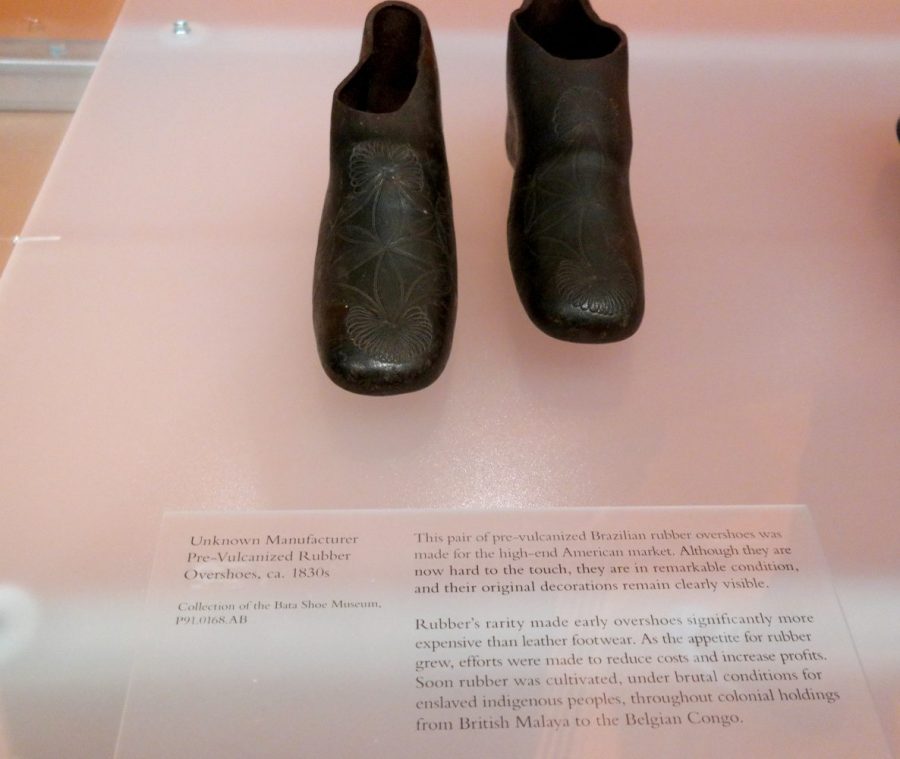 We had so much fun exploring and learning about the Rise of Sneaker Culture.  I hope you get a chance to check it out!  Let me know what your favorites were!  Check out what others are saying on social media by following @HighMuseumofArt and checking out #SneakersATL

This post is sponsored by the High Museum of Art; however, all thoughts and opinions expressed are my own.

20 Insanely Dope Pictures to Inspire You to Visit Spain