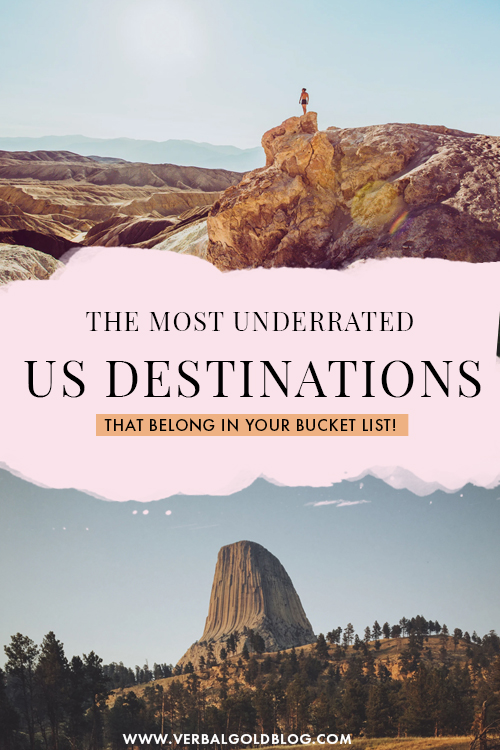 Do you know what you can expect when everyone starts traveling again? Long lines and major overcrowding at amusement parks, popular city attractions, and national parks. So, if you want to take a trip that’s a lot less stressful then aim for these underrated destinations across America. These places may not be on everyone’s radar, but they’re guaranteed to be just as incredible.

Underrated US destinations to Visit 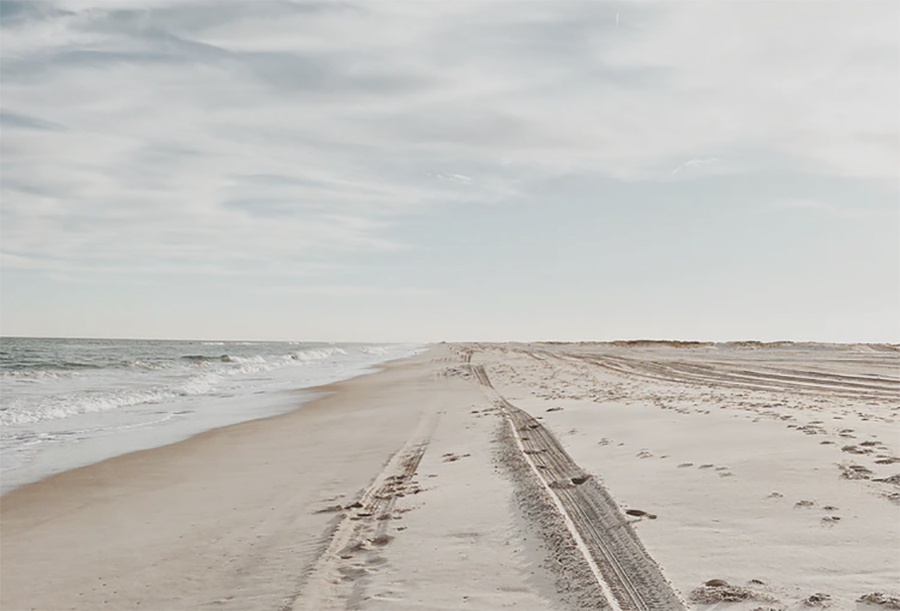 Book a visit to the dreamy Assateague Island, which I lovingly refer to as, “horse beach paradise.” It’s a 37-mile long barrier island, the northern two-thirds of which is in Maryland while the southern third is located in Virginia.

Local legend claims that a shipwreck brought a bunch of horses during colonial times, and now the island is known for the over 300 steeds who simply love to hang at the beach. A barrier between the Virginia and Maryland side splits the horse population into two herds, so you won’t find yourself overwhelmed by these creatures at the beach.

But once you’re done admiring these majestic creatures at the sandy beaches, head to the Assateague State Park and enjoy the local camping facilities or visit the Assateague Lighthouse, which is a local landmark you cannot miss. 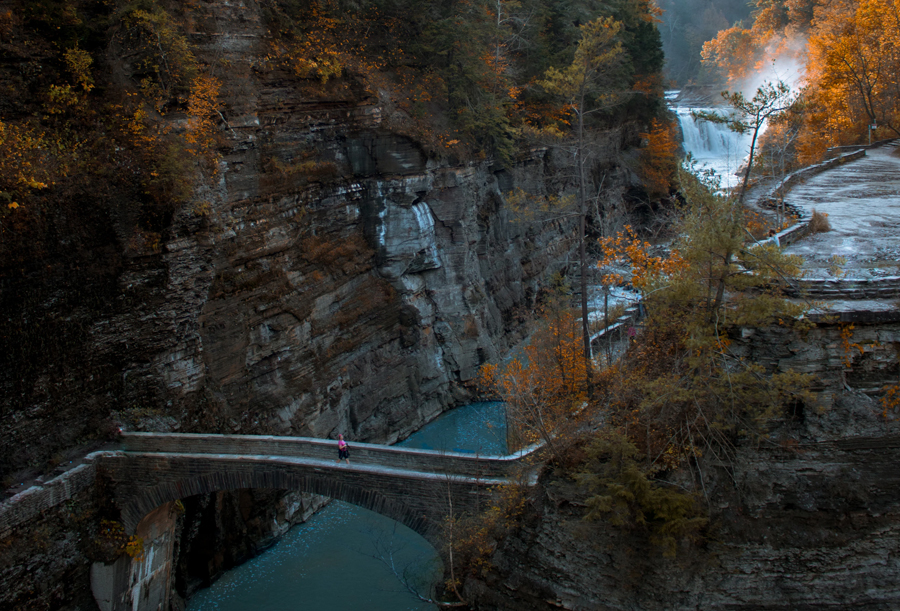 Don’t feel like dealing with crowds at the Grand Canyon? Then head to Letchworth State Park. It’s known as the “Grand Canyon of the East.” This striking park is about 17 miles long and offers three large waterfalls on the Genessee River that wind through the park in a deep gorge that rises about 600 feet.

You can also take advantage of 66 miles worth of trails, whitewater rafting, or horseback riding. And during winter, you can go snowmobiling or cross-country skiing, too. 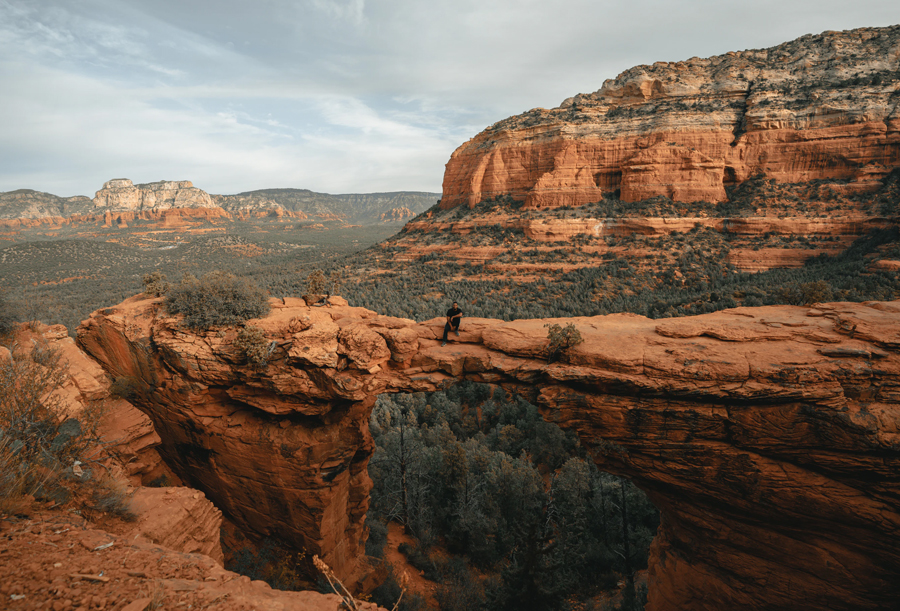 If you plan on visiting Arizona and you want to avoid large crowds and ridiculously high hotel prices, then skip Grand Canyon. That’s where everyone else is going, right? Head on to Sedona instead for a stress-free and peaceful getaway that’s just as stunning.

Visit the Chapel of the Holy Cross, which is a modern, scenic chapel constructed literally in the red rocks. The landscape is famous for its red rock formations that are seriously worth a look. The locals at Sedona also claim that there’s some kind of energy vortex that promotes healing of the mind, body, and spirit.

Before your trip to Arizona, make sure to subscribe to the Sedona Yoga Festival email list to find out when they’re holding their yoga festival next.
And while you’re at it, check to see if you can arrange your trip around the Sedona VegFest so you can enjoy a festival devoted to plant-based living, physical wellness, ethical alignment, and planetary health. 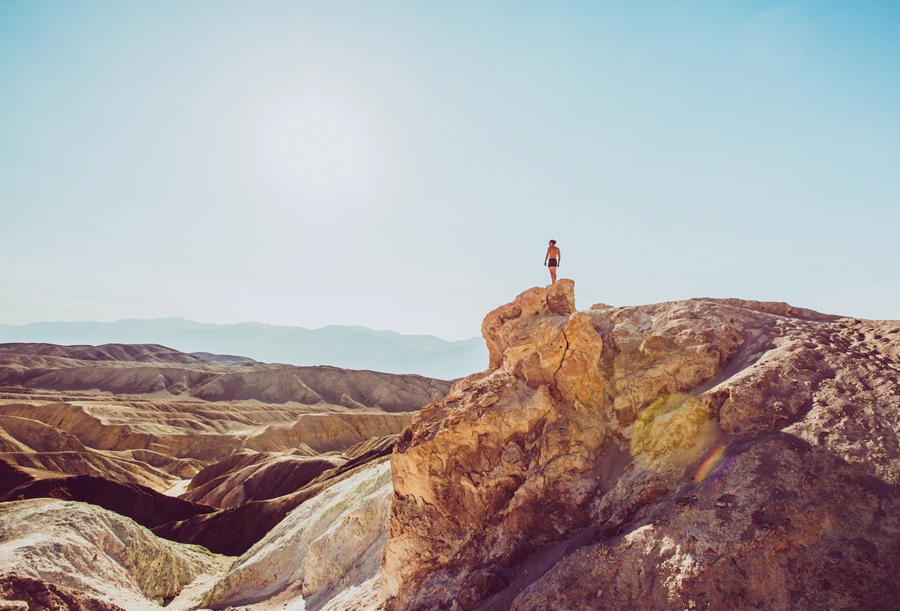 The Death Valley National Park in California is considered the hottest, driest, and the lowest point in the country. It’s also known as the land of extremes. On one hand, it has towering peaks covered with snow. On the other, it’s known for having the highest temperature ever recorded in the world.

A series of lush oases in the Mesquite Flat Dunes provide a safe haven for both wildlife and humans. But don’t leave without taking a look at the colorful sandstone canyons, mountain-size sand dunes, or the mysterious singing rocks. And don’t forget to walk along the rim of the 600-foot-deep abyss of the Ubehebe Crate, which is essentially a volcano. 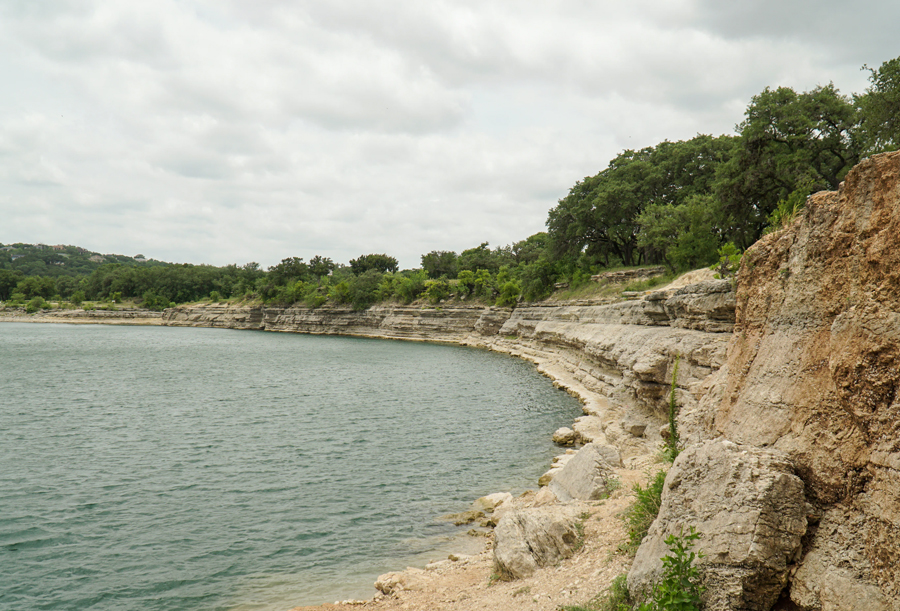 Hill Country spans across 25 counties and is located in the region of Central and South Texas. It offers secluded cabins and vacation homes that are perfect for your next romantic or family getaway. And if you’re a fan of wine, then head to the Fall Creek Vineyards in Tow which produce world-class wines you would typically find in Italy, Spain, and the south of France. It’s definitely one of the most underrated US destinations, especially if you feel like taking a trip to Europe right at home! 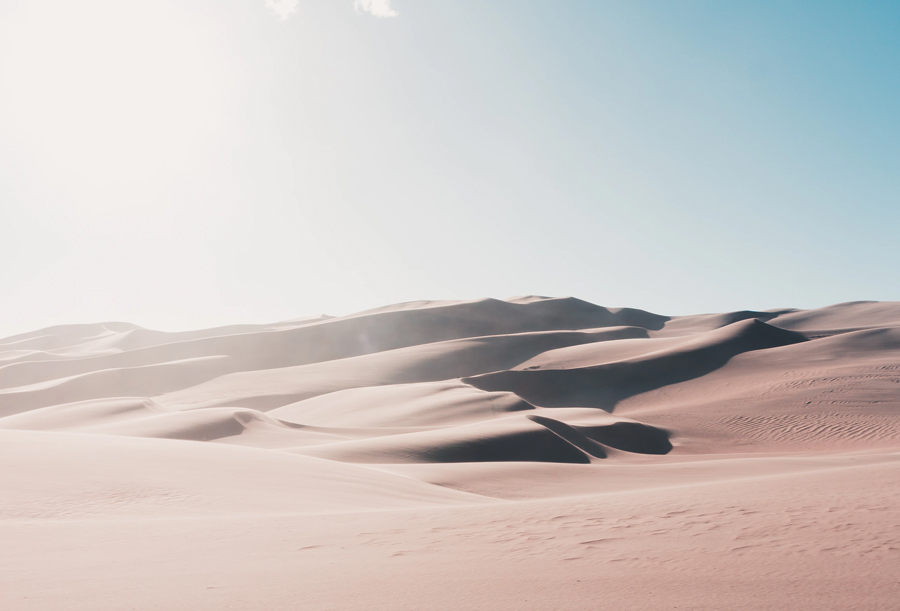 Visit the Great Sand Dunes National Park in Colorado and recapture that feeling you used to get when you played in a sandbox as a kid. As a matter of fact, this national park is like a giant sandbox for adults. The Great Sand Dunes Natural Park features the highest sand dunes in North America which can be seen against the backdrop of 14,000 peaks in the Sangre de Cristo Mountains. In fact, the tallest dune is 750 feet high.

Then head to the Zapata Falls and allow the cascading water to wash your stress away as you watch it hit a rock crevasse down below. The park ranges from sand dunes to forests to mountain peaks and tundra, so you can pretty much camp out wherever you want. It’s the adventure of a lifetime! 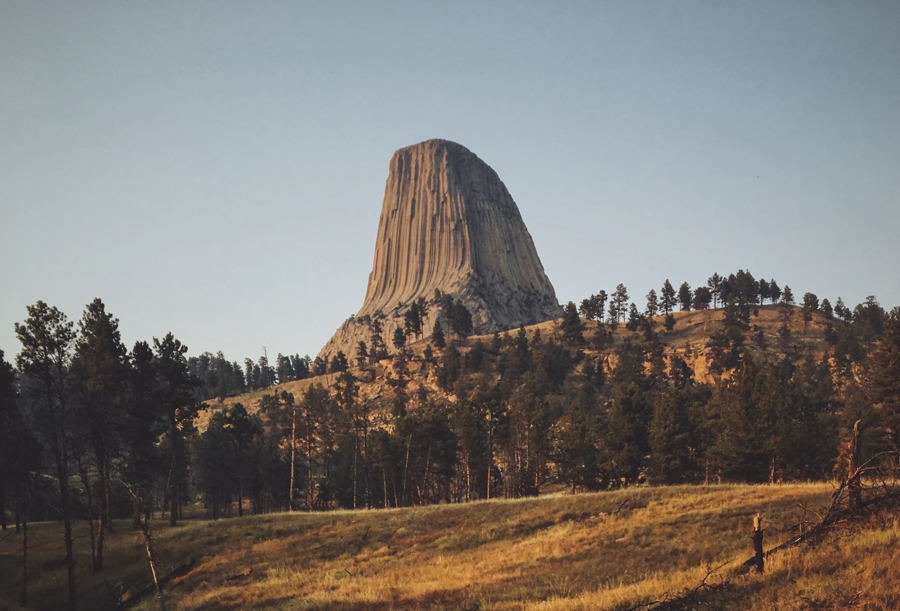 If you’re heading to Mount Rushmore by car, you might as well make a pit stop at the Devil’s Tower National Monument in Wyoming. That’s where you’ll find this isolated hill with steep, vertical sides and a small relatively flat top called the Devil’s Tower. There’s lots of room to go camping here. But does the tower look familiar? It should. The 1,267-foot tall monolith was used in the sci-fi film “Close Encounters of the Third Kind.” So naturally, they screen the film every night in this area, which makes this site even more thrilling. 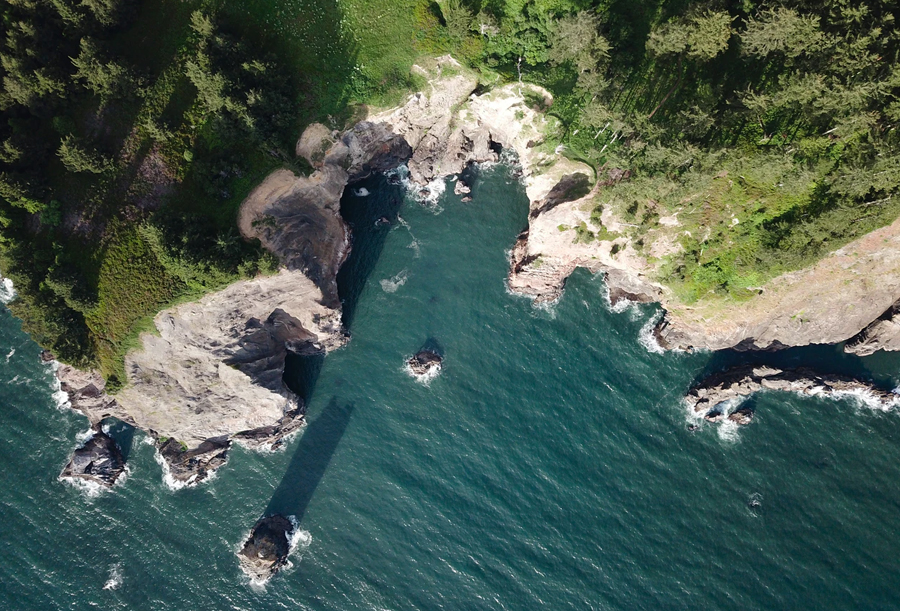 It’s going to take you a while to drive across the 363 miles of the Oregon Coast – it’s definitely one of the most underrated US destinations! Along the way, you can stop by places like Fort Stevens State Park and take a look at the Peter Iredale Shipwreck. The park was once a military defense unit until the 1940s. But you can use it to access hiking trails or set up camp in its campground. Just don’t forget to stop by the Devils Punchbowl State Natural Area. It’s basically a rock with a giant hole in the middle. And during high tide, the water roars through the punch bowl which proves the ocean is truly powerful. You can also see whales in this area from March through June. 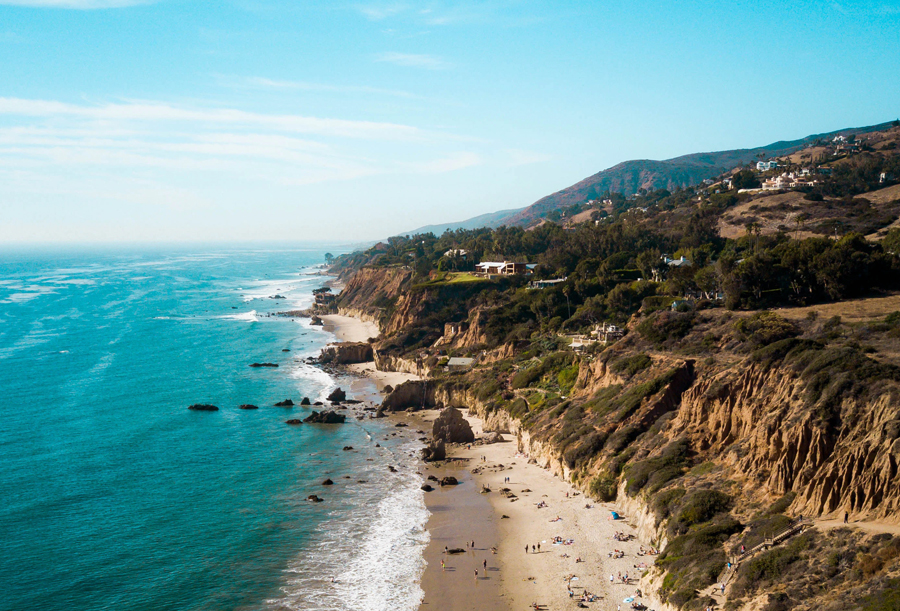 Want to surf, take a swim, or just enjoy a walk on a dreamy sandy beach? Then come to El Matador Beach in Malibu, California. It’s right off the Pacific Coast Highway, so you can’t miss it. The crashing waves on the shores and cliffs are worth the trip and it’s not as crowded as the beaches in Los Angeles. Plus you can find great objects and spots to take a selfie like the massive rocks full of seaweed. Some of rock formations have small arches but others are large enough to walk through at low tide. And if you’re a bird watcher you’re going to love all the birds that like to nest on the big rocks near the shore.

What are some other underrated US destinations you’ve been to?

Tags from the story
colorado, us travel, usa, usa travel