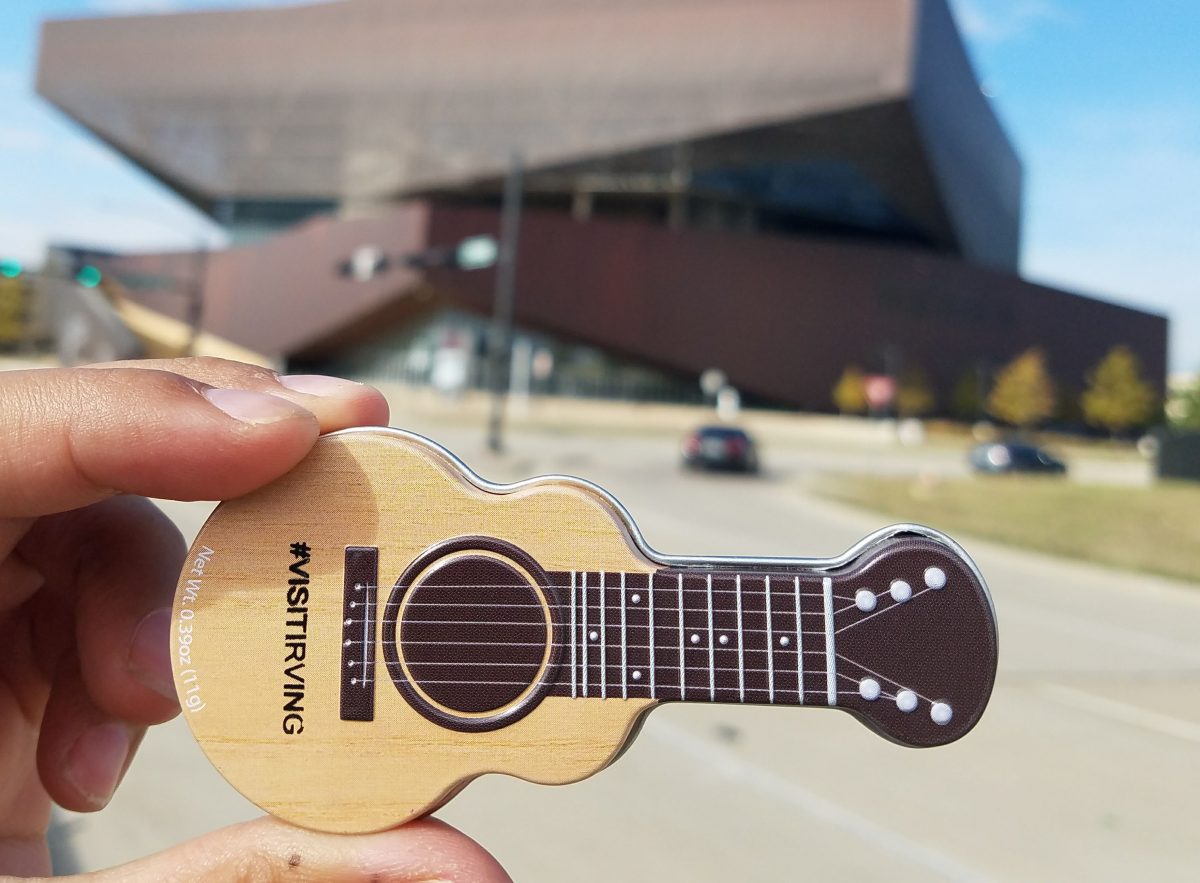 Three Reasons You Should Rock Out in Irving, Texas 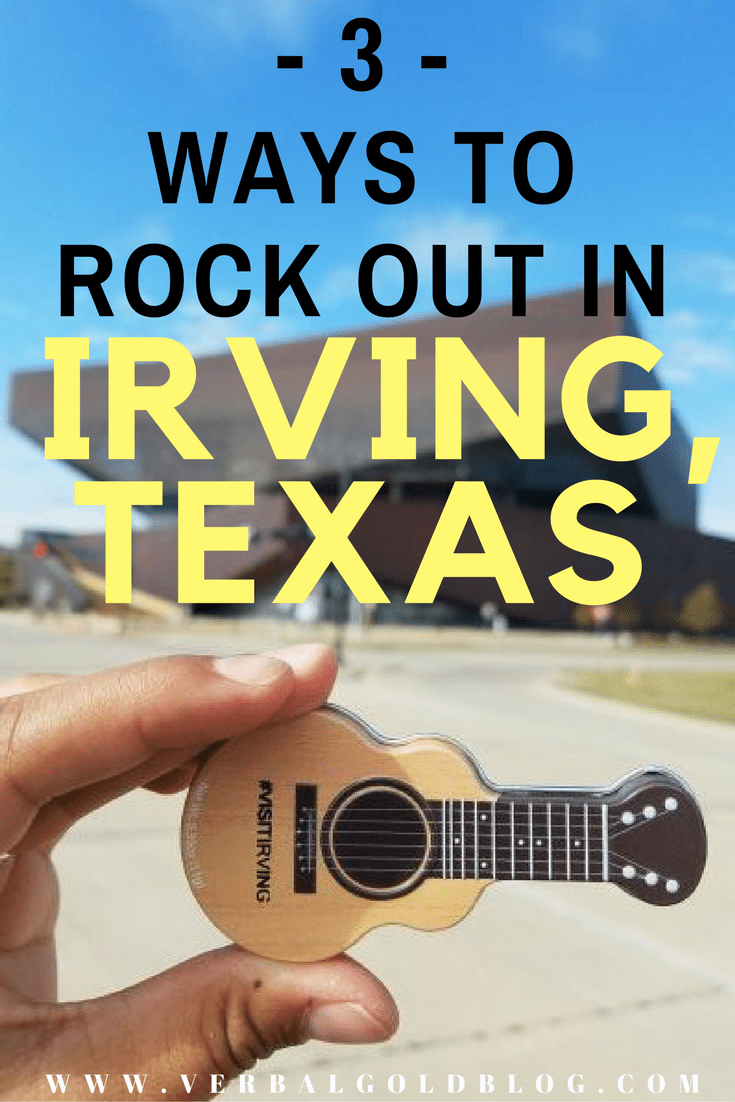 My parents love music — they always have. Before I was born, they introduced me to rock and roll artists like ZZTop, Led Zeppelin, and Aerosmith by burning a tape of their favorite rock songs and playing it for me in my mother’s tummy. To this day, listening to rock music always makes me feel better when times are rough. Since then, my musical tastes have grown and diversified to include a wide range of genres, which seem to mirror my expanding travel experiences. This weekend, I had the best opportunity to bring my love for travel and my love for music together in one place: Irving, Texas.

To a Texan like me, I knew of Irving. But before this weekend it was just a suburb that sat between Dallas and Fort Worth, and used to be the home of the Dallas Cowboys stadium until they moved to Arlington a few years ago. The move of the stadium had to feel like a big blow to Irving, but they didn’t let it keep them down. Instead, they set in motion a plan to make themselves a top musical destination in the United States, a plan that has finally come to fruition.

So check it out — my top three “musical” (and more) reasons to visit Irving, Texas.

Last weekend, I had the opportunity to see Ringo Starr & His All Star Band perform at the Toyota Music Factory, a brand new 17-acre entertainment venue in Irving and it was amazing! (Side note: Ringo Starr was the drummer of The Beatles, in case you didn’t know. Now we can continue!) The Toyota Music Factory just opened in the fall of 2017 and is set to be one of the biggest entertainment venues in the U.S. First of all, it’s home to the Pavilion, an 8,000-seat concert venue that has already hosted such names like ZZTop, Dave Chapelle, Evanescence, George Lopez, Lauryn Hill, The Flaming Lips, Sublime, and Young the Giant.

When all is complete in February 2018, there will also be 25 restaurants that feature cuisine that ranges from Mexican to Asian to Texas BBQ. An Alamo Drafthouse, a movie theater that serves food and drinks to your seat, will also open at the Toyota Music Factory soon, too. 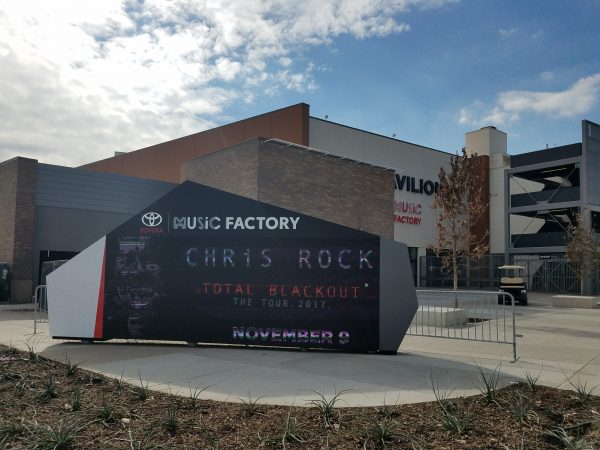 However, one of the most exciting aspects that will open at the Toyota Music Factory will be Big Beat Dallas, the newest project of Billy Bob Barnett who created such venues like the country hot spot, Billy Bob’s Texas in Fort Worth, and Cat’s Meow on Bourbon Street in New Orleans. Big Beat Dallas is a collection of bars, restaurants, and clubs around an outdoor pavilion where live music will play every day of the week, often until 2 a.m. During the day, visitors will enjoy live music and a farmer’s market as well as food carts for lunch. At night, grab a glass of wine or something to eat at one of the bars and restaurants that surround the pavilion, all of which will have their own live music inside and outdoor seating for visitors to listen to the acts on stage from a higher vantage point. 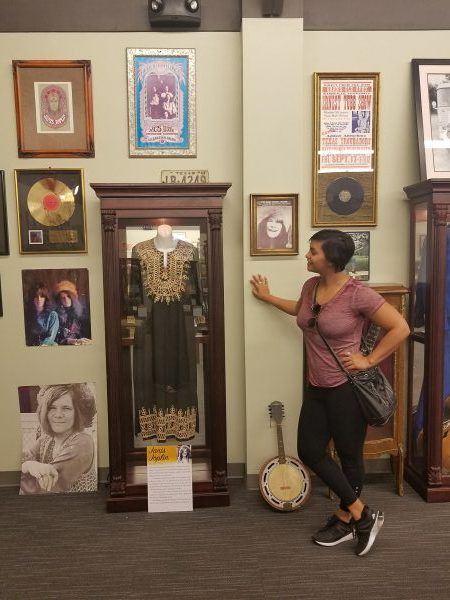 As I grow older, I’m starting to love museums more and more, and trust me, there’s a lot to love about the Texas Musicians Museum. Now you may be thinking — I’m not from Texas, so why would I care? I might sound a bit biased being from Texas and all, but many of the legendary greats of music were from Texas and many of them are featured at the Texas Musicians Museum. Classic rock fan? Well, you’ll be happy to see displays and artifacts from famous bands and musicians like ZZ Top, Stevie Ray Vaughan, and Janis Joplin. Country? The Willie Nelson display is pretty cool. Love the blues and jazz? Guess what? There’s displays on Blind Lemon Jefferson and Texas Alexander. Modern pop or Latin music your thing? Destiny’s Child, Selena, Dixie Chicks, and Jessica Simpson — all from Texas! — and all have a display at the museum.

Opt for a guided tour because you’ll want to hear all the cool details and stories about these famous musicians. Make sure you watch the first music video on an old-fashioned TV and ask about the orbs that appear in the museum at night. Apparently, the musicians get together for a spooky jam!

Integrating Music into Hotels and Restaurants

Irving may be home to a large music venue and a bad ass music museum, but it has also worked to integrate musical themes into many of its restaurants and hotels.

For instance, during my stay at the Four Seasons Resort and Club Dallas at Las Colinas, I got to witness this at the hotel’s popular restaurant and bar, Outlaw. It’s decorated in music nostalgia like guitars and black-and-white photos of famous musicians. Plus, they often have live music on the outdoor patio, complete with fireplaces and cozy seating. While the music aspect of the hotel is amazing, it’s a Four Seasons, so you’ll get so much more — like a golf course, fabulous spa (ask for Stacy and a Nirvana Stress Relief massage), indoor and outdoor pools, and a large gym with tennis and basketball courts. 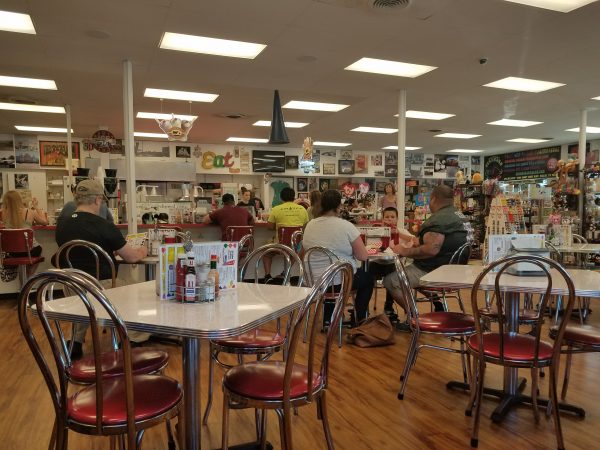 And while you’re out and about in Irving and you need to grab something to eat, you’ll find plenty of restaurants that offer music and a meal. There’s The Ranch at Las Colinas, a Texas-style restaurant with live music on the porch. For lunch, enjoy some sock hop and 50s favorites like Elvis from the retro juke box at the Big State Fountain Grill, an old-fashioned 50s diner.

Is there any other musical destinations that you love? Let us know about them below!

Why You Should Use Professional Transportation to Elevate Your New Orleans Bar Hopping Fun!

3 of the Best Places to Have Afternoon Tea in York, England