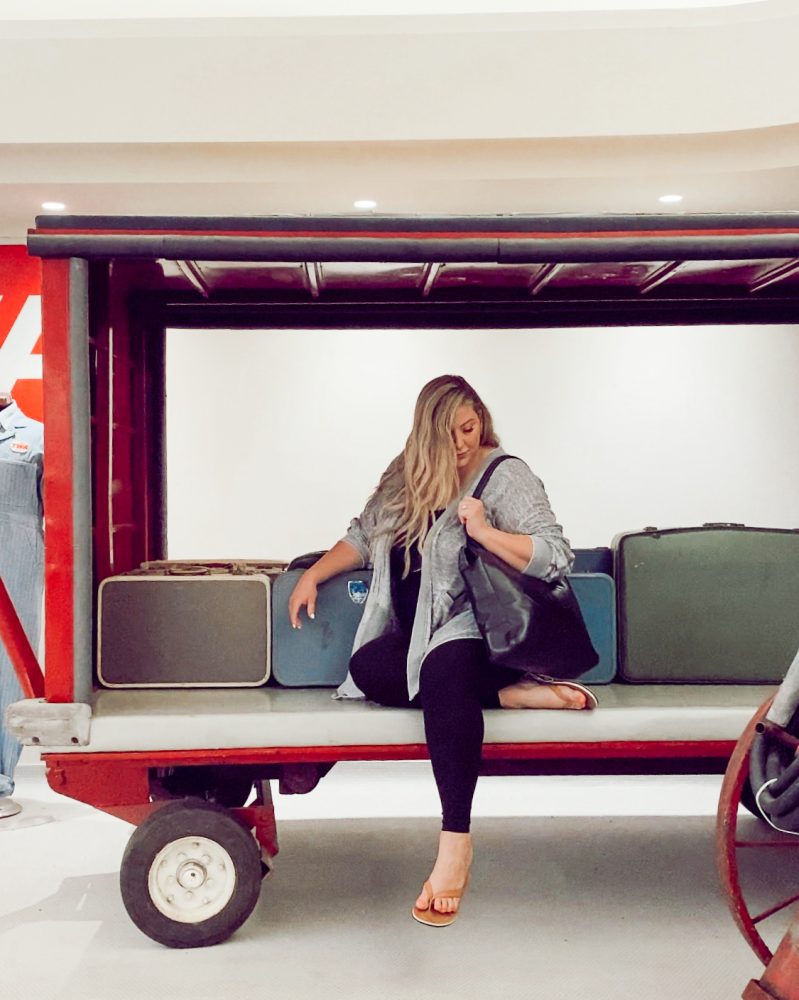 The TWA Hotel – A Unique Airport Experience in NYC 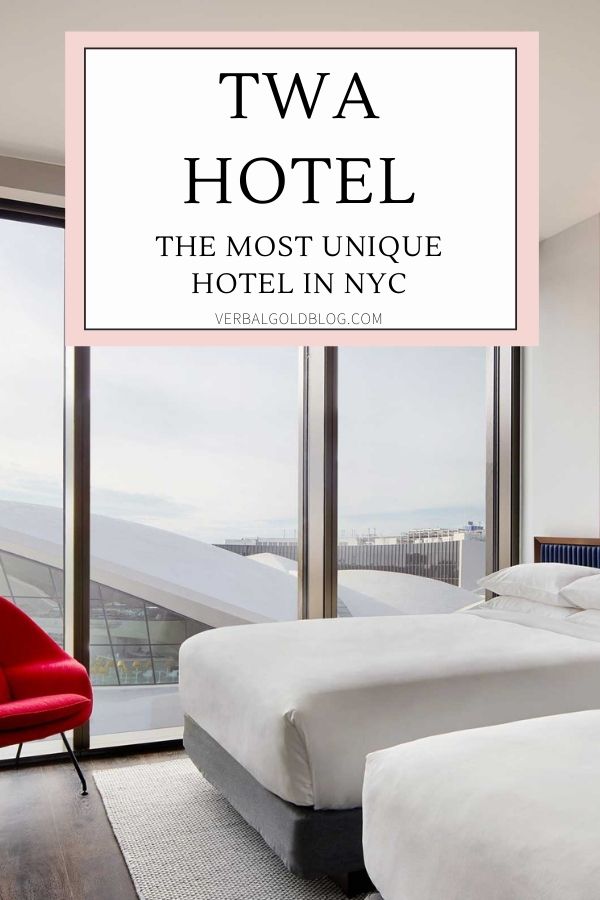 Back in 1962, Eero Saarinen opened the doors to the TWA terminal at John F. Kennedy Airport. Not long after, the airline was sold and the terminal was left abandoned until plans for one of the most unique and exciting hotels in the world started.

Last year, TWA Hotel was inaugurated, and whether you’re a fan of travel, an aviation buff, or simply someone who enjoys experiencing unique stays, this hotel has got to be on your bucket list!

What was it like to fly with TWA Airlines back in the day? 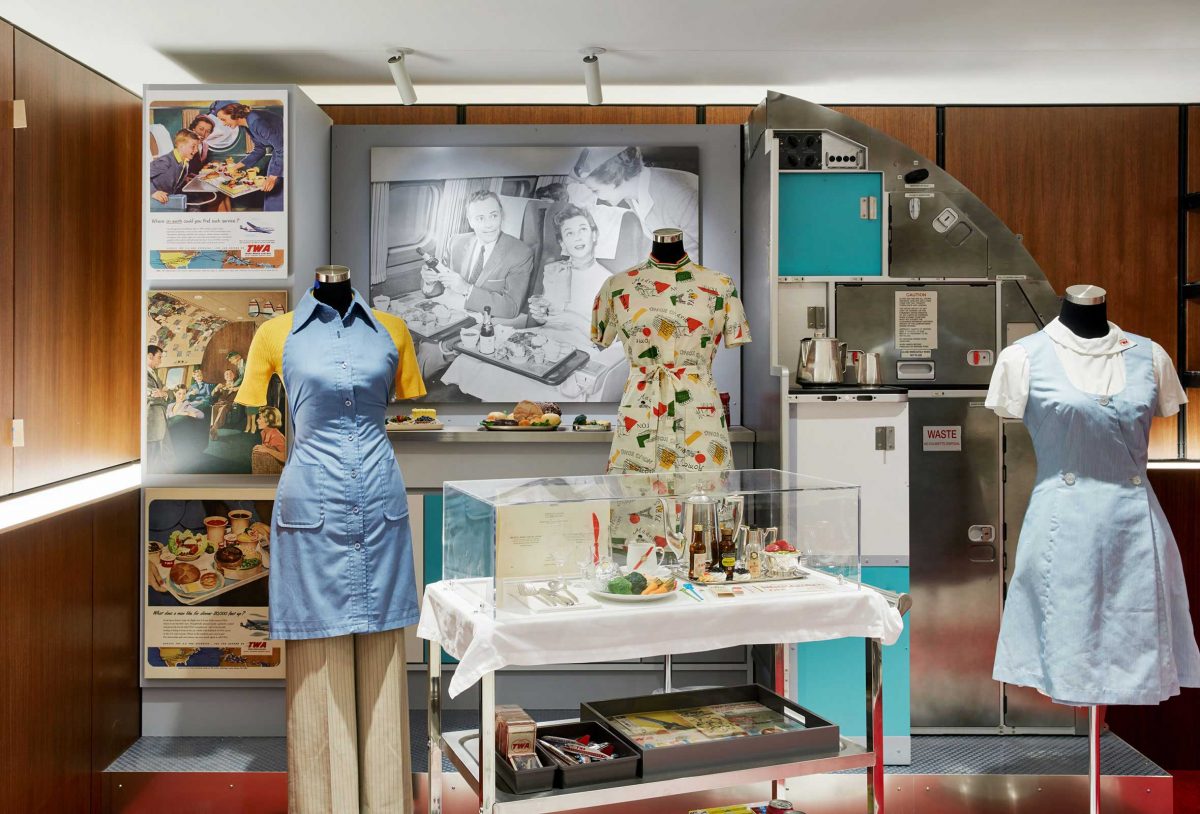 Let’s face it – travel isn’t at all what it was back in the day. Not too many decades ago, flying was an experience to remember – something you’d dress up in your best attire for and champagne on board was a must. These days, flying is definitely more affordable, but the thought of spending hours cramped up in a row for hours on end is something must of don’t exactly look forward to.

But TWA Hotel is about to change just that. Nope, you won’t actually be flying, but spending a night or two at the airport will become an affair to remember. Not only is the hotel filled with stories and images of what it was like to fly with TWA (Trans World Airlines) back in the day through exhibitions and fun photo spots, but it’s also home to some pretty cool stuff, too! 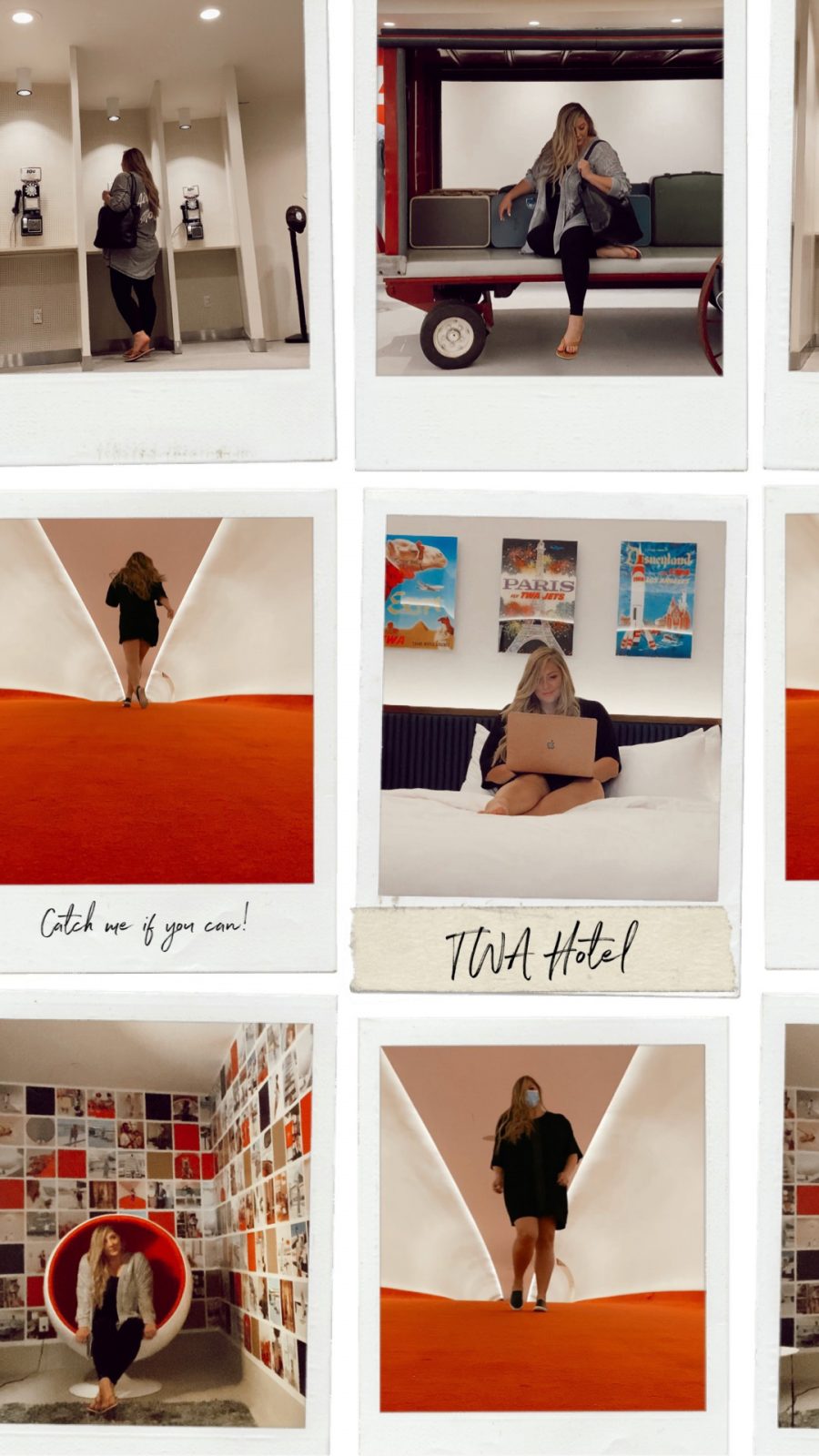 The coolest spots at the TWA Hotel

The pool is inspired by the infinity pool at Hotel du Cap-Eden-Roc in Cap d’Antibes in France. It’s set on the rooftop and – get this – the view isn’t just any view – it’s a runway and you’ll get to enjoy the sight of airplanes landing and taking off right from the comfort of the pool. 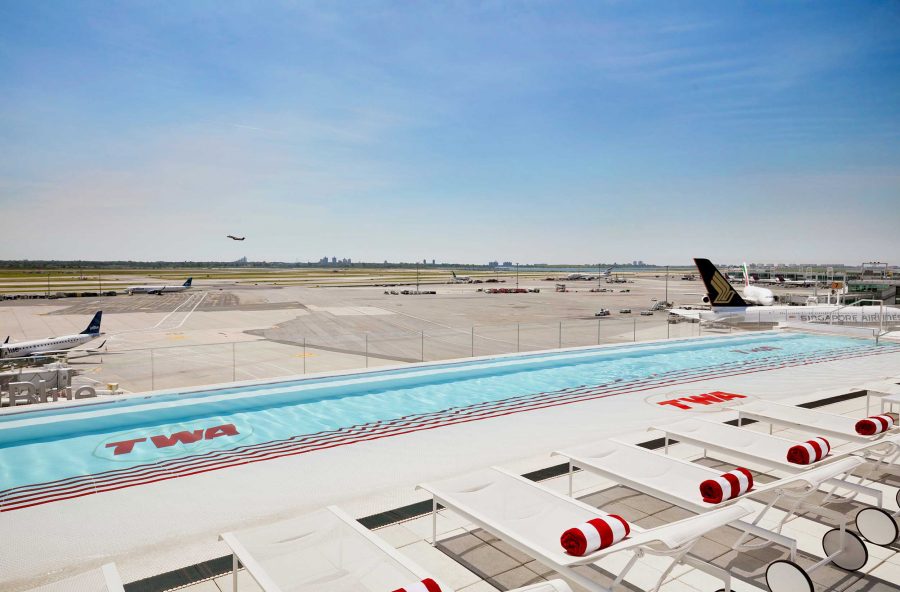 Renowned Chef Jean-Georges Vongerichten is in charge, and every dish here is inspired by historical menus from the TWA airlines. Not only will you get to try unique dishes from a chef that has been awarded several Michelin stars, but you’ll also get to take a trip back in time to when food on planes was *actually* good. 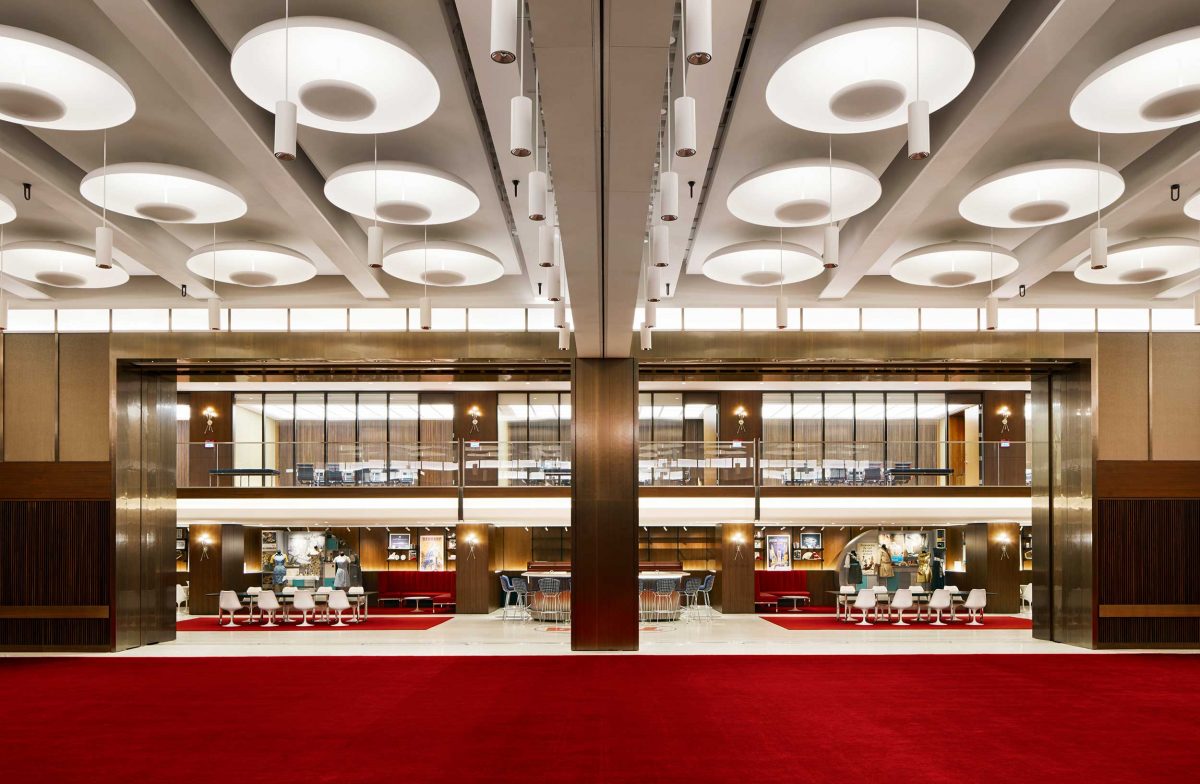 It’s not every day that you get to sleep next to a runway watching planes taking on and off. The windows are made out of the thickest glass in the world, so you’ll get to enjoy the sight without the noise. Even though the TWA hotel’s architecture is pretty modern, there are tons of details in each room that take you back to the 1950s, like disco phones and vintage ads. 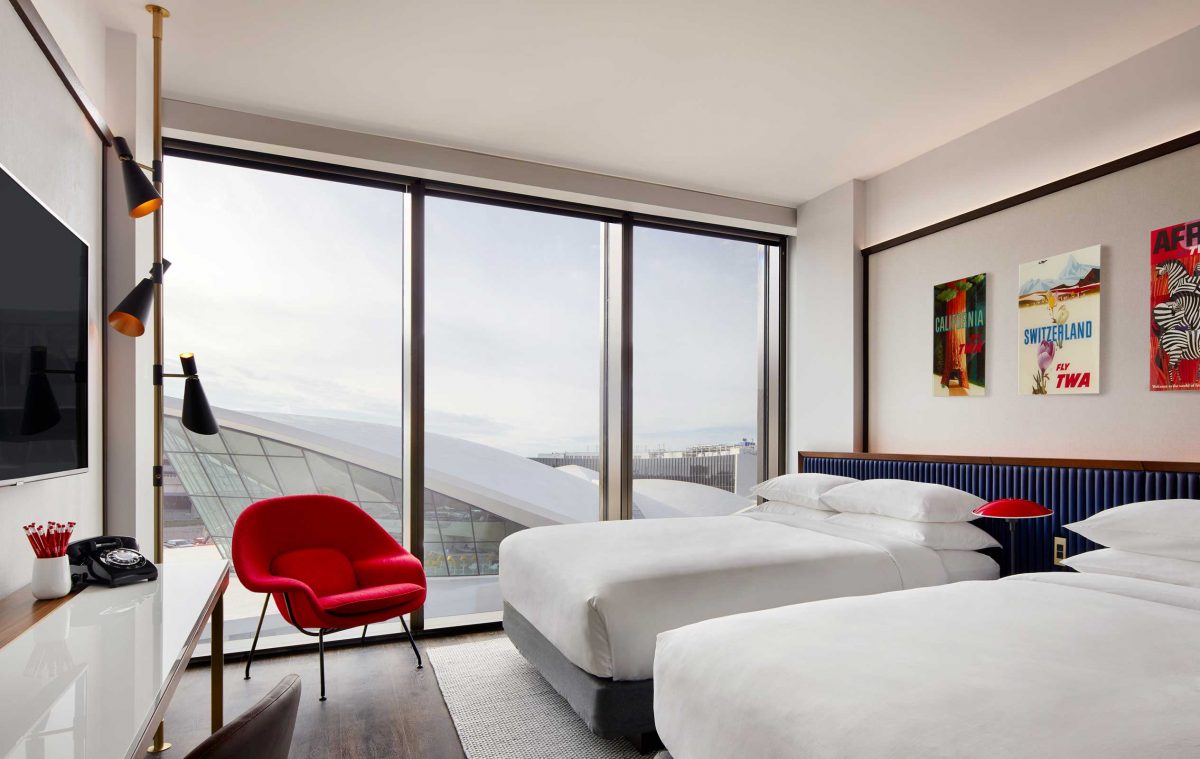 There are many quirky bars around the world, but none of them comes as close to this one! Connie, an L-1649A plane from the Lockheed Constellation was transformed into a cocktail lounge that’s as unique as it gets! 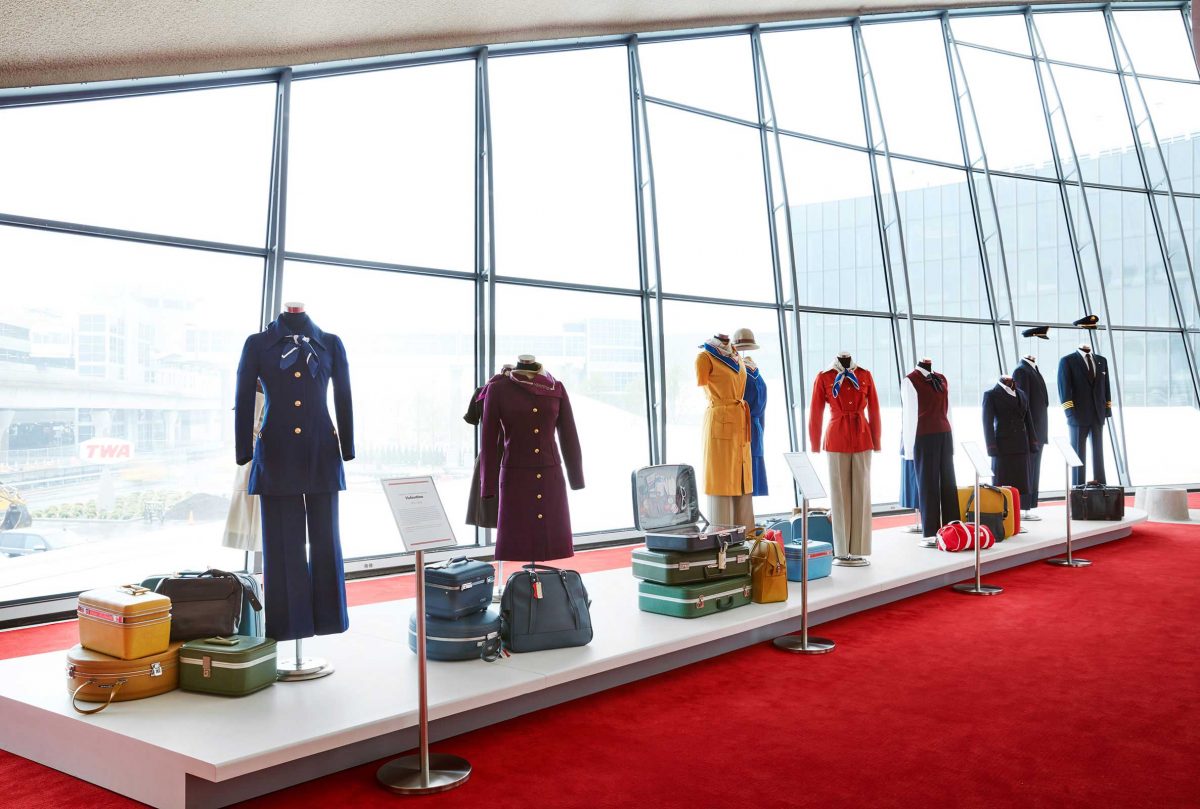 The TWA isn’t just a room to sleep in – it’s an experience where you’ll get to learn a lot about the aviation industry. The exhibitions carry over two thousand artifacts that trace back the history of the airline, as well as uniforms and different art exhibits.

More Photos from our Stay 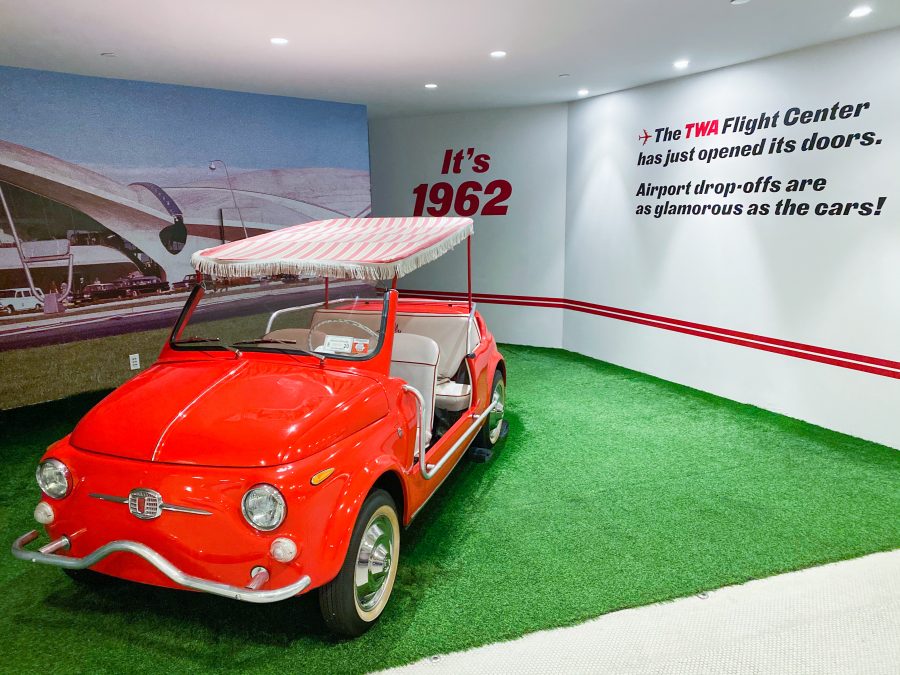 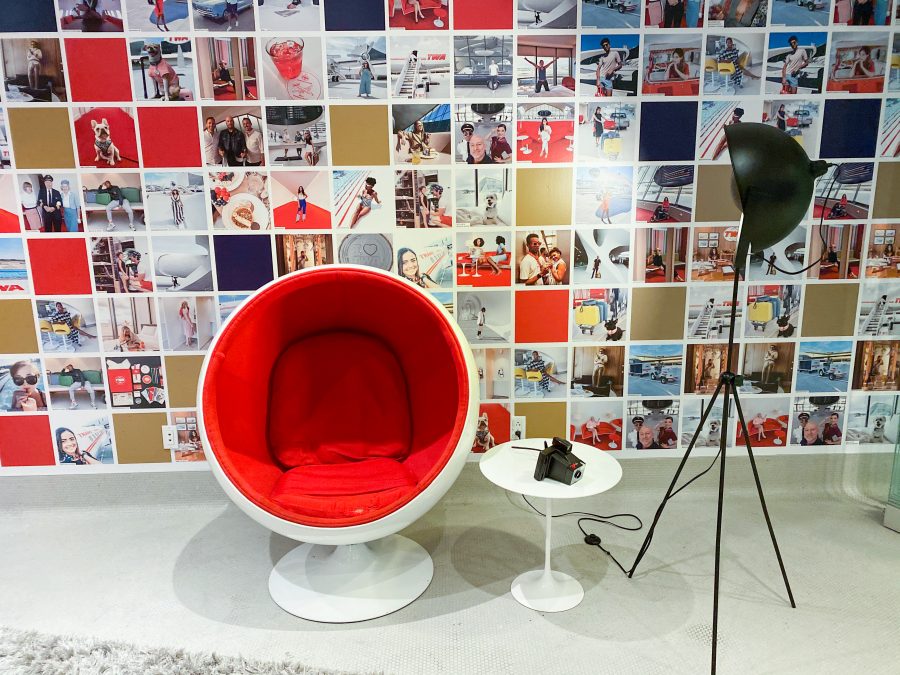 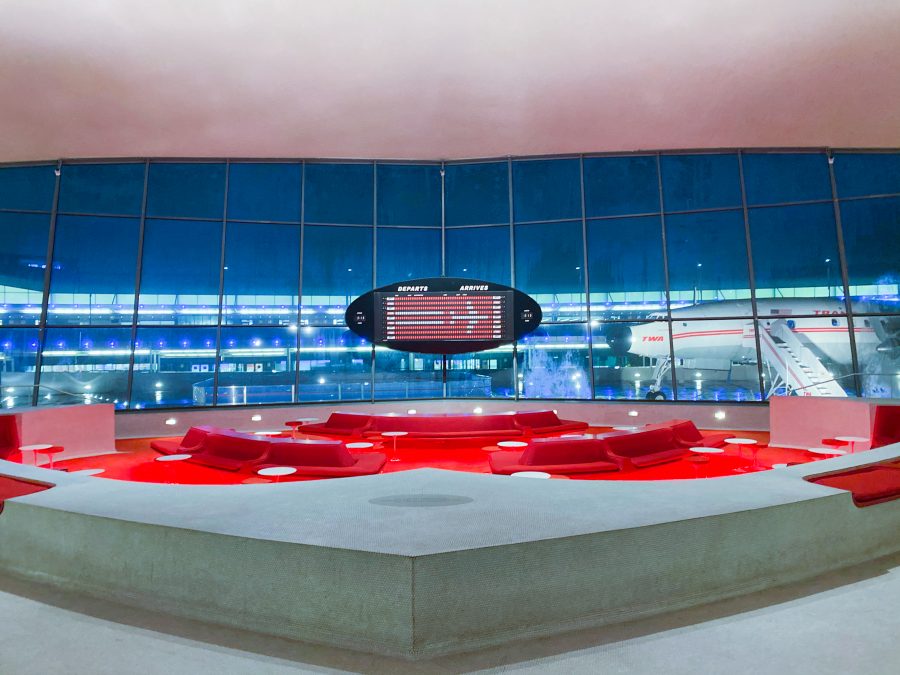 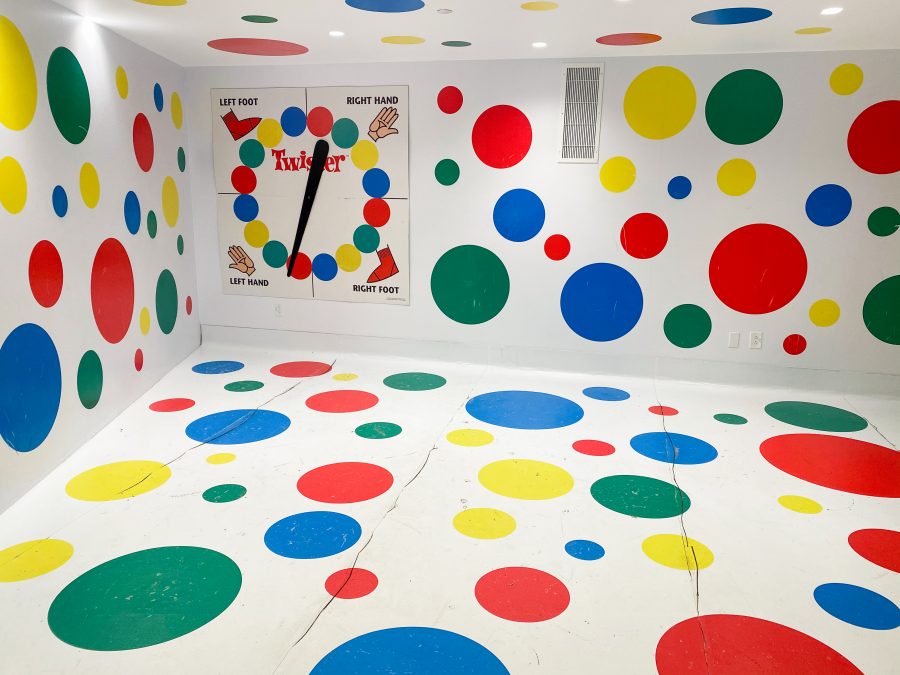 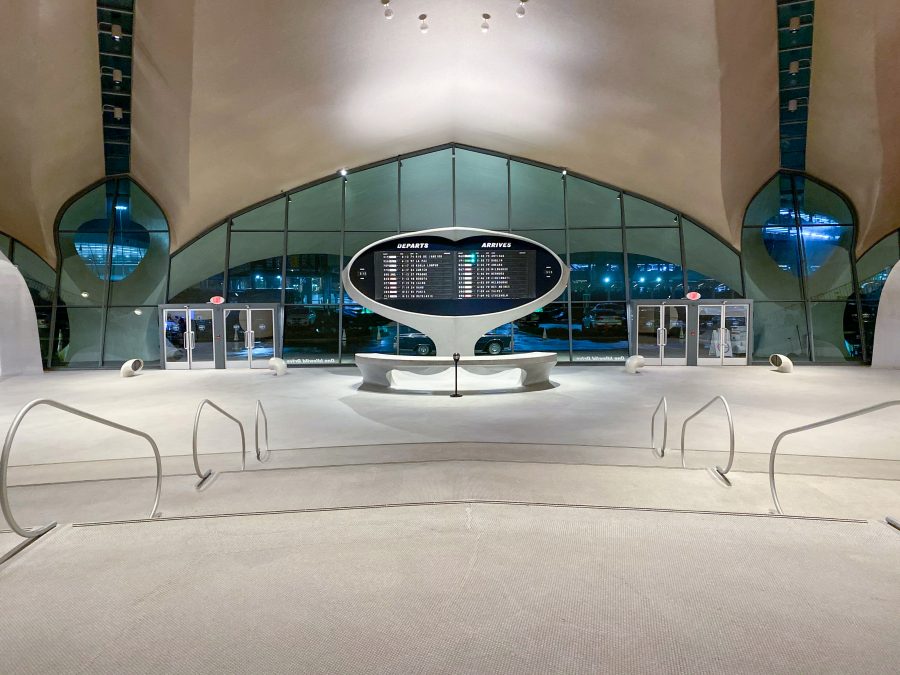 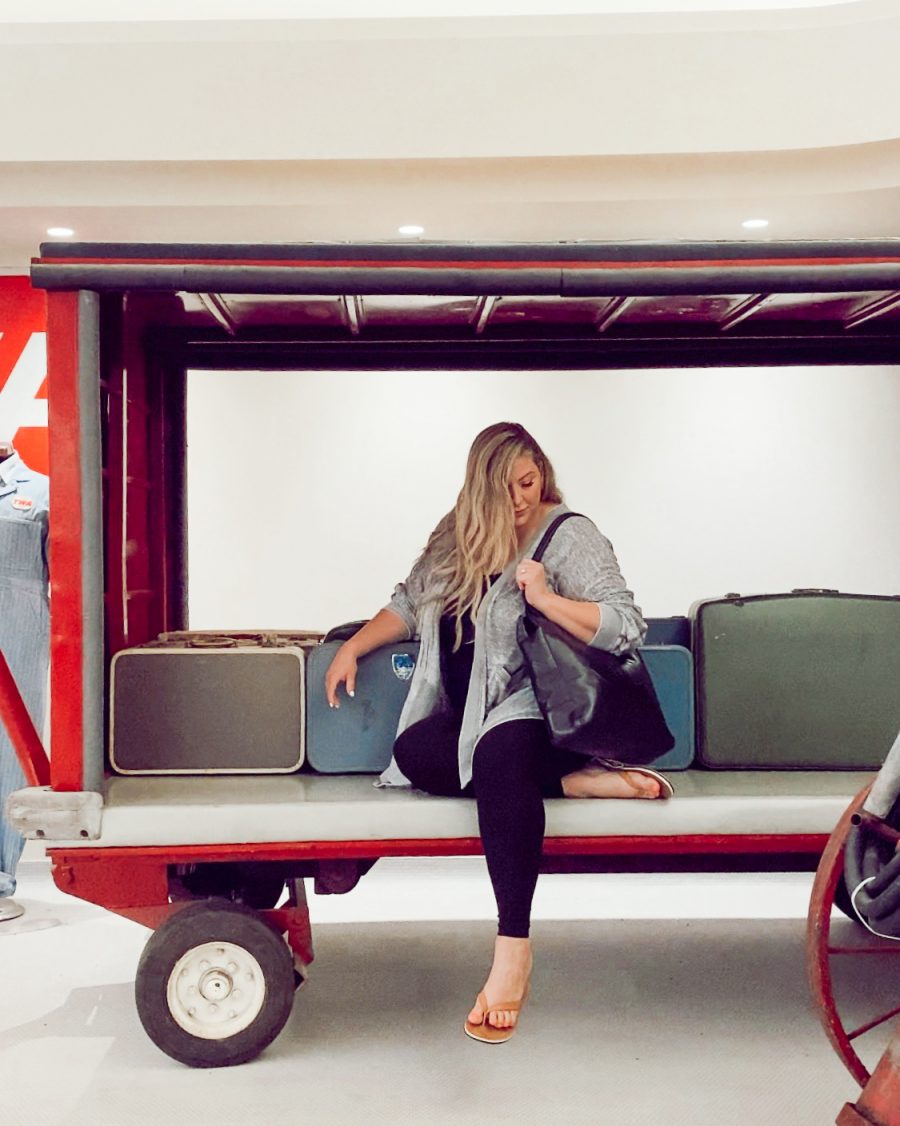 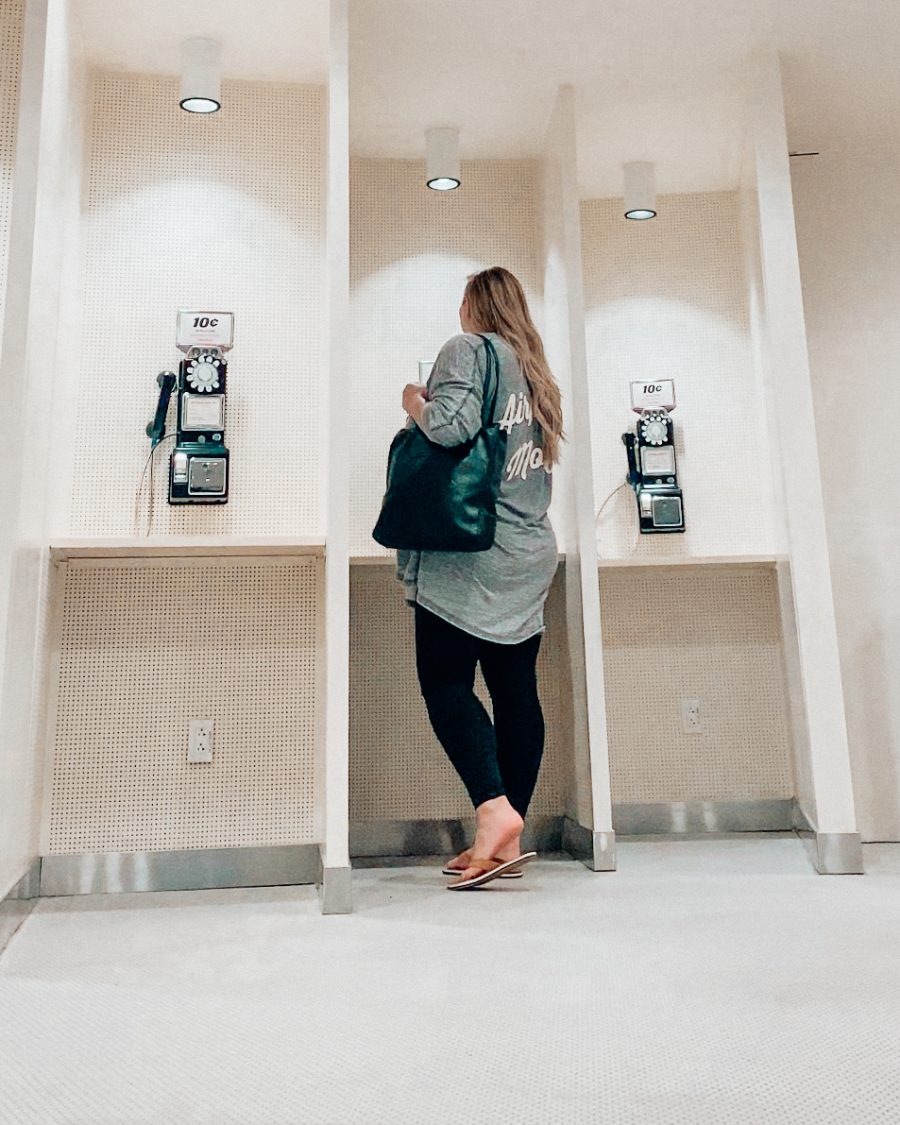 And there you have it! Whether you’re an aviation geek or simply someone who enjoys learning about travel and experiencing something a little different, the TWA Hotel is a must for you! It’s the perfect place to stay during a layover in New York City or the perfect place to stay your first night in your NY itinerary to experience something a little different from the typical tourist attractions. Just make sure you’re flying out of JFK Airport.

And yep, New Yorkers – this is the perfect go-to for a romantic stay in the city – who would have thought a night at the airport would look this good?!

You can also do a day rate and just go explore, eat, and take photos at the one and only on-airport hotel!

My MIAMI Travel Disaster + What NOT To Wear On A Plane

The Best Luxury Travel Destinations In The UK

How To Get The Most Out Of Your Vacation