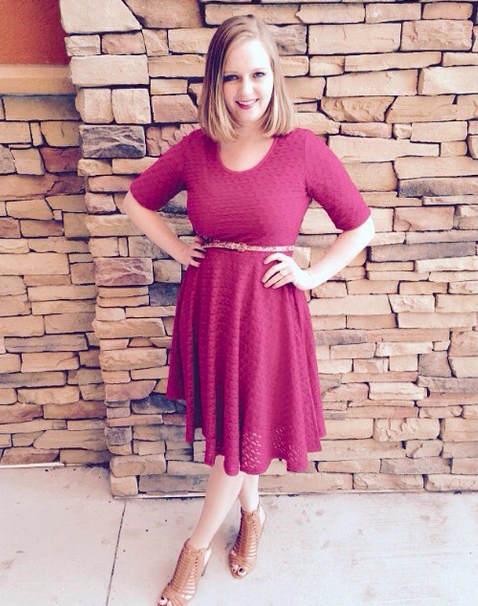 The Tale of a Goose

hello verbal gold readers!! i’m lauren, i blog over at lot 48!  i blog about entertainment, life, and really anything that pops into my head.  not the most fashion conscious or a girl with a knack for diy projects or building recipes out of thin air, i stick to my strengths: trying to entertain you with funny stories and making you laugh. i like to speculate about who would play me in a movie, sharing what fun netflix movies i’ve found, and writing about my nieces and nephews.
today i am going to tell you a story about a goose.
i’ve been a performer for most of my life.  currently, i am in a dinner theater show called “salem witch trials.”  when i was 18, i got the opportunity to perform at a regional repertoire theater that was an outdoor theater set in a backdrop of gorgeous red rock mountains.  the theater did les miserables 3 nights a week and the sound of music the other 3 nights.  my dad loved to tell me as i walked out the door each night “don’t mix up your costumes!” because i alternated playing a whore and a nun. baaahahahahah, dad.
in the second act of les miserables, there is a scene where all the townspeople are gathered and jean val jean and javert are having one their infamous “spats.”  because this was an outdoor theater, javert rode in on a horse and we as ensemble were assigned animals to have during the scene.  my castmates had a pig, dog, and goose.  i was the lucky one with the goose.  i named him wonka.  he was very temperamental.

i was merely ensemble in this show, but to me, that was still something to be proud of as the show was sold out each night and the theater held 2,000 people.  the scene where i had wonka was also the scene where i had my 4 word solo.  i carried him onstage, tried to keep him from running away for just about a minute, ran off stage to give him to a stage hand, then ran back on stage to sing “where we gonna live?”
wonka, was not happy about the arrangement.  he had major stage fright.  he would “bark” and flap his wings while i tried to hold him and prevent him from getting away from me.  one particular night, when i was trying to pick him up before we went on stage, he just plain ran away from me.  in circles. so just imagine me, running around, literally in circles, tight circles, trying to grab this dang goose to get him onstage in time.  my cast mate was laughing so hard she was crying and i finally got one of the stage hands to help me get him into my arms.  why did i have to carry him on stage, you might ask? because if i walked him onstage with his leash, he wouldn’t follow me!! he wouldn’t walk fast enough to get onstage in time for our cue! please, all animal lovers, don’t hate me, i swear,  i did my best with him, he was just so scared, i felt bad for him! but the whole entire 6 month run he would try to run away from me, and dang it, i was going to get to sing my solo so this was not a good situation!! i’ll never forget wonka, and wherever he is now, i hope he doesn’t have to relieve his stage fright and is able to just peacefully do whatever geese do each day without anyone bothering him.
i hope i painted an accurate and hilarious picture for you, because no matter how frustrating it was, it really was funny.
thanks to the verbal gold gals for letting me guest post! you can follow me on twitter, bloglovin, instagram, pinterest, or facebook!

Why You Should Head to Hilton Head, SC to Golf at Palmetto Dunes